It may be considered more of a fly-over state, but there is actually a lot more to Iowa than meets the eye. With Photowall's great lineup of Iowa posters, you will discover that it isRead more not only hogs and farmland that dominate this state, but also a vibrancy and modern vibe. The Hawkeye State makes for a beautiful decoration in your home, recreational space or even the workplace. Iowa posters can also teach you a thing or two, like that the state is named after the Ioway people, a Native American tribe that once inhabited the area. What "Iowa" really means though is a bit ambiguous. Early writings of a pioneer revealed that it came from an incident where a tribe of Native Americans spied the land for the first time and proclaimed it "Iowa, Iowa, Iowa" which meant "beautiful, beautiful, beautiful". This would make perfect sense because Iowa posters are truly beautiful as well. However, there is also another story that says it is just a variation on the French word "Ayuhwa", which means "sleepy ones". This is something the Dakota Sioux tribe called the Ioway Nation.

You cannot talk about Iowa without mentioning its perhaps most famous city, Des Moines. This is a place that mixes the old and the new, where you can find quirky and artistic attractions such as the interesting Pappajohn Sculpture Park, but also historical landmarks like the State Capitol building which you will see in Iowa posters. As well as historic gems like museums and mansions, you will also find local initiatives such as the Downtown Farmers’ Market where one gets to experience of the local flavors. Located in the Downtown Historic Court District of the city, the farmers’ market is supports the local community with over 300 local vendors all selling their wares in the same place! This includes farmers, bakers and artisans, and the market has been running for over 40 years. As you can see, just like Iowa posters, this drive to support locals is here for the long run. Furthermore, more than a million people flock to Des Moines every August to experience the famous Iowa State Fair. To put that into perspective, the entire population of Iowa is only about 3 million! Bring this amazing place into your home or office with our array of Iowa posters.

Just like the majority of the United States of America, by the time Europeans arrived in original Iowa, the land was populated by a number of Native American tribes which included the Sioux in the north, the Sauk and Fox in the east, the Ioway in central and western Iowa, and the Otoe in the southwest. In 1682, Robert de La Salle claimed the region for France as part of the Louisiana Territory, but in 1803, the United States gained control of Iowa as part of the Louisiana Purchase for $15 million which then nearly doubled the size of the country. This fascinating history is reflected in Iowa posters, which can lend your walls not only depth, but also style and character. Iowa posters like Quad Cities Street Map, for example, can couple that history with a modern and artistic vibe.

The love of the arts, world-class healthcare, focus on education and a youthful, progressive mindset is what attracts more and more people to live in Iowa City and Cedar Rapids. These great locations in Iowa are featured quite a lot in Iowa posters, giving you plenty of options when it comes to decorating your interiors. The Midwest is enriched by these places as they encompass unique attractions and exciting events, but also the wonders of changing seasons in their landscape. This is also why Cedar Rapids is known as "The City of Five Seasons". Explore and find out why when you use Iowa posters such as Cedar Rapids Iowa Skyline, which comes in different hues and tones to give you variety.
Show less
Product information
13 motifs
Sort:
Filter
Done
Sort
Done 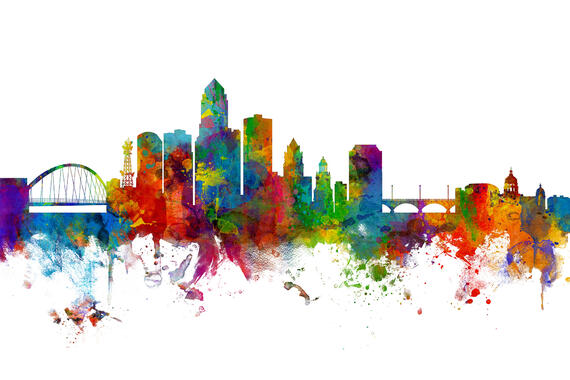 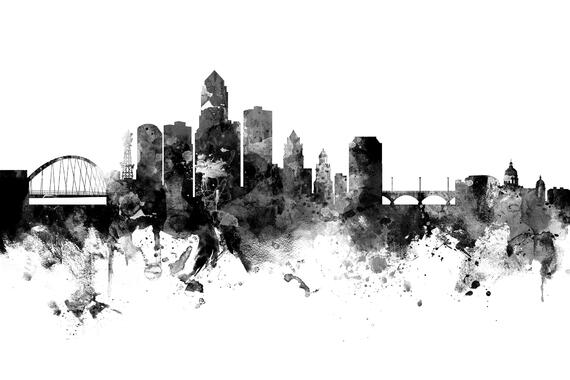 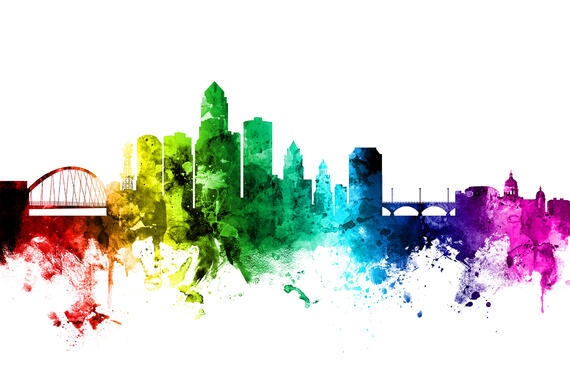 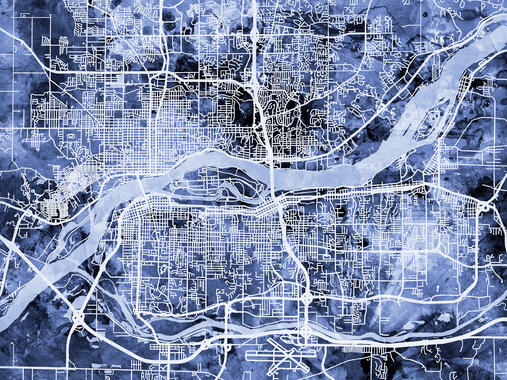 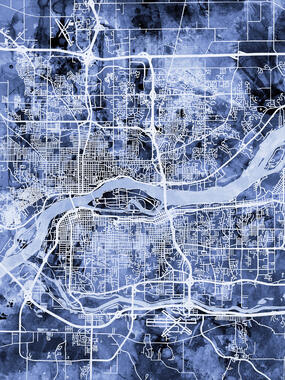 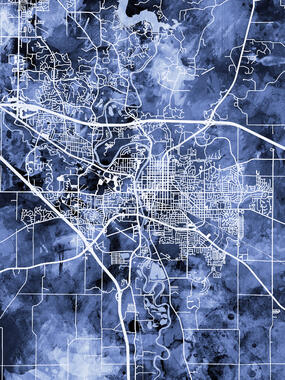 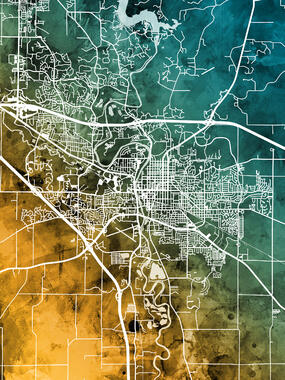 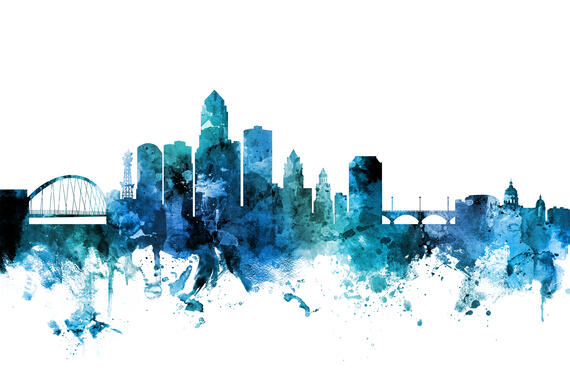 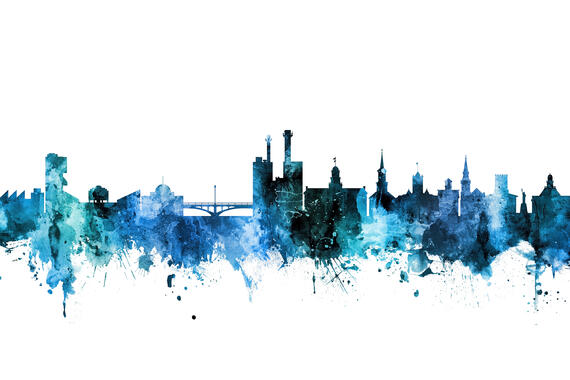 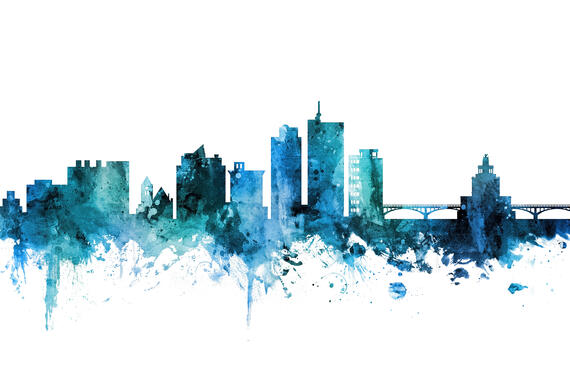 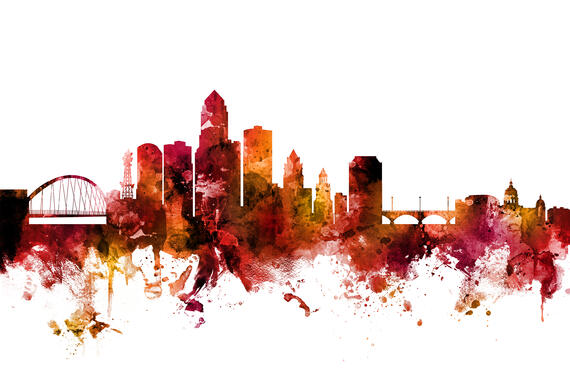 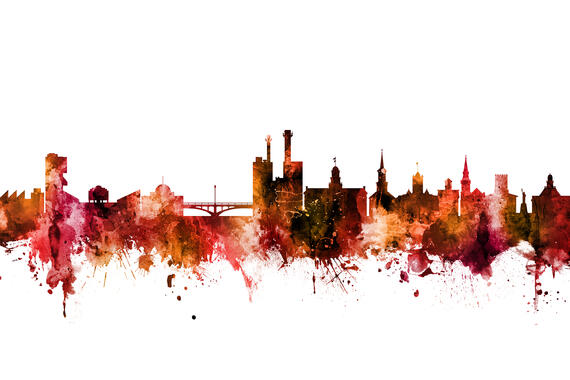 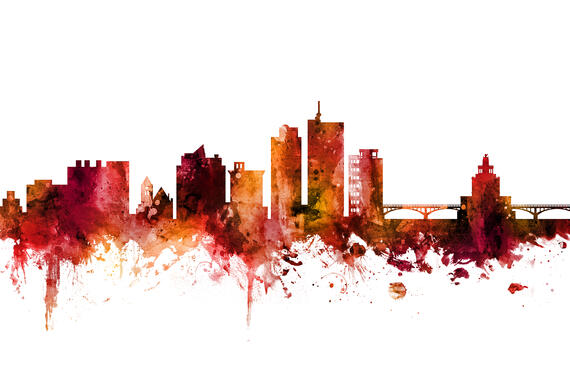