Named for George Washington and Christopher Columbus, Washington, District of Columbia, was never supposed to be a city. The founders envisioned the area as a place where people merRead moreely worked, not where people lived. It is the designated capital of the United States of America and arguably one of the most powerful places in the world. Photowall presents to you a wonderfully cultivated and carefully selected lineup of Washington Dc posters that will definitely transform your room into someplace very special. Even though Washington DC is filled with plenty of great monuments and museums, there are also many other cool sights and views that can be the focal point of your decoration. You can use Washington Dc posters to decorate your residence, workplace or recreational space.

The history in Washington Dc posters

In the early years of the United States of America, its Congress met in several cities, including Philadelphia, New York and Princeton, before committing to a permanent seat of government in 1790. George Washington personally selected the site of the nation's permanent capital in 1791, and Congress agreed because it was a natural midpoint at that time, which would satisfy both their northern and southern states. The seat of government was formally transferred from Philadelphia to Washington on 1 December 1800, but construction of the first phase of the Capitol was not completed until 1826! This history makes Washington Dc a compelling tool when decorating your interiors, as it gives the images more meaning and can be a great conversational topic for you and anyone who sets eyes upon your walls. The central northwestern portion of the city is the focus of governmental activity and houses the Capitol, the White House, the Supreme Court, the Justice Department, the Federal Bureau of Investigation and and many more. Interspersed among these many buildings are the famous Washington Monument, the Lincoln and Jefferson memorials on either side of the Tidal Basin, and the imposing neo-Gothic facade of the Smithsonian Institution. You will see some of these defining structures in Washington Dc posters, truly a sight to behold.

Somewhere over the horizon

In Washington Dc posters, you will see amazing buildings such as the Basilica of the National Shrine of the Immaculate Conception. This basilica is the largest Catholic church in the United States and North America, one of the ten largest churches in the world, and the tallest habitable building in Washingon DC. Its 100 meter high tower and 72 meter dome can be seen from various vantage points around the capital city. See if you can spot it in the set of Washington Dc posters named Washington DC Skyline. This particular array of motifs comes in a variety of shades and hues, with vibrant colour combinations as well as the classic and timeless black and white. The Washington National Cathedral is also both gigantic and historic. The sixth-largest cathedral in the world and the second-largest in the United States of America, it has hosted various presidential funerals as well as national prayer services, and serves as the resting place for Helen Keller and other luminaries. Washington DC Skyline Red is another Washington Dc poster that showcases this magnificent structure in a fashionable look, ideal for any home or office room.

The icons of Washington Dc posters

Upon its official opening on October 9, 1888, the Washington Monument, standing at an impressive 169 meters, boasted the superlative of being the tallest manmade structure on Earth. The honor was short-lived, however, as the following March saw the unveiling of the Eiffel Tower, which topped it out at 301 meters. Nonetheless, the Washington monument is one of the most iconic sights in the world, as can be seen in Washington Dc posters such as Washington DC Rust Skyline. This beautiful motif has visual style, interest and weight in spades. Another staple in the US is the Capitol building, which was designed by a Scottish physician who submitted the plans late to a design competition organized by George Washington and Thomas Jefferson! One of the perks of serving in Congress is access to the Capitol Subway System, a semi-secret metro line that allows Congressmen and staff members to travel between the office buildings and the Capitol without going outside. View this impressive structure in Washington Dc posters like United States Capitol.
Show less
Product information
13 motifs
Show:
Sort:
Filter
Done
Show
Done
Sort
Done 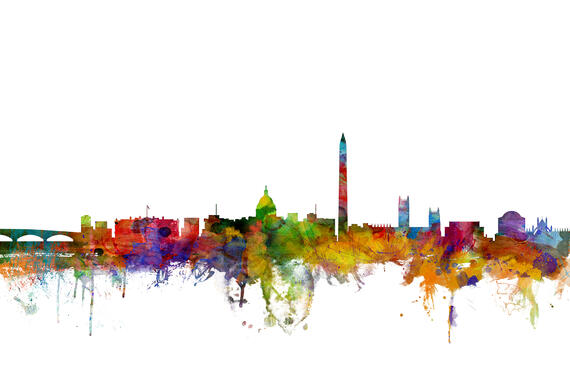 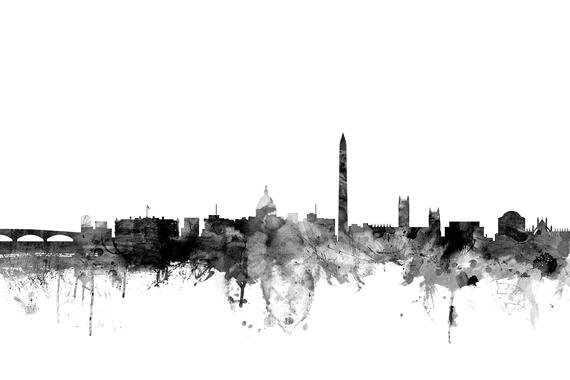 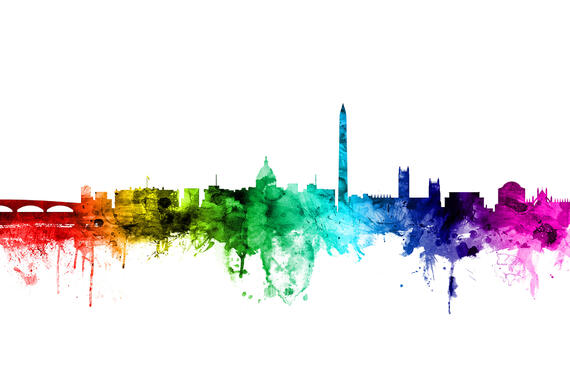 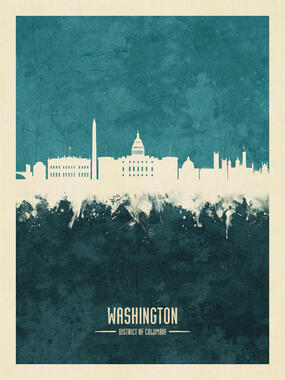 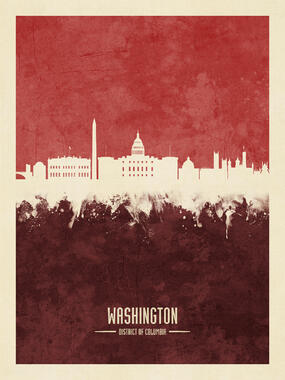 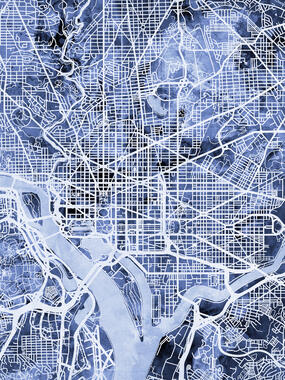 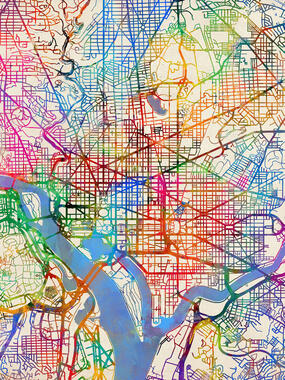 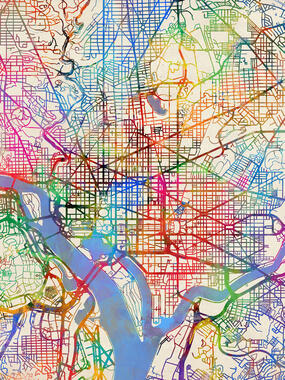 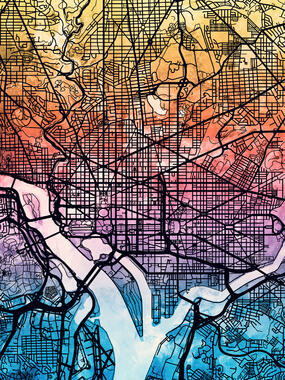 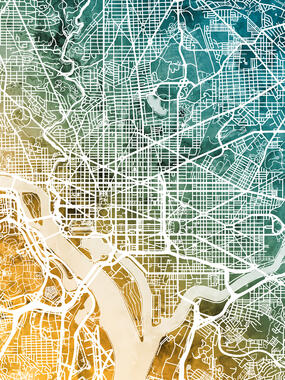 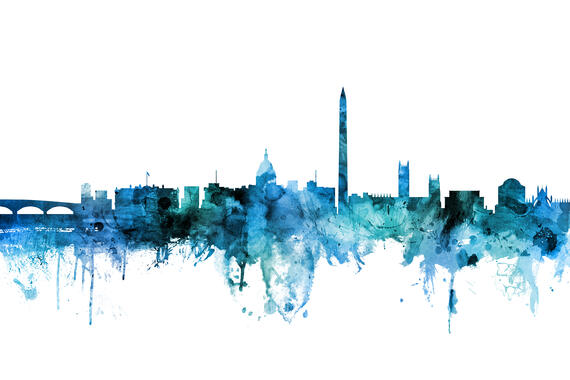 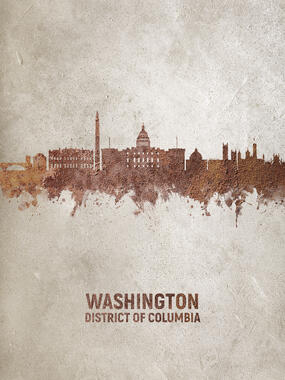 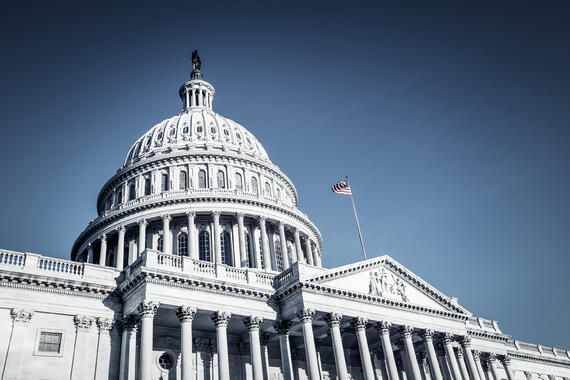