For character and personality to be the core theme of your interior decoration, you can go for one of Europe's most vibrant city as the focal point. Glasgow canvas prints by PhotowallRead more are here to serve. Home to unique neighbourhoods, stunning architecture and legendary nightlife, let the energy flow through these motifs right into your four walls. A stunning mix of old school architecture and modern aesthetic, Glasgow canvas prints will suit any type of decoration style. You can go for a sleek, fresh interior or a more vintage and warm feel with our selection. It does not matter if you are revitalizing your home, office or any other type of space, Glasgow canvas prints has got something for you. The city's wealthy past has left a legacy of the finest Victorian architecture in the United Kingdom, but you only have to take a short stroll in your rooms to have this view all year round. As per usual, you can modify your selected Glasgow canvas prints to befit your existing aesthetic, colour schemes, and so on.

The city was founded by the Christian missionary Kentigern, better known under the name Saint Mungo, who also happens to be the patron saint of the University. An important harbour city, especially from the seventeenth century onwards, Glasgow's population grew enormously as a result of the large group of workers coming into the city, especially from Ireland during the famine of the 1840s. Glasgow was an important industrial center by that time, and the grid-like form of the current city with the five-storey historical buildings on nearly every street derives mainly from the 19th century. You can see this in Glasgow canvas prints such as "Glasgow Street Map". Since this particular set of Glasgow canvas prints comes in different hues and tones, they are an ideal tool to experiment and play around with when you are revitalizing your interiors.

Glasgow canvas prints and their appeal

It is not only Scotland’s largest city and often mistaken for its capital, but also world renowned for its art, architecture and culture. With more than 20 museums, most of which even offer free admission to the general public, Glasgow truly is a haven for the art aficionado. There are also works of art in Glasgow canvas prints that can give your decoration more depth, dimension and of course, visual weight. Just like the city itself, there is a vibrant and youthful spirit surging through this selection. This is also partly because Glasgow hosts three world class universities and over 90 green spaces throughout the city. The latter is particularly interesting because it also explains the Gaelic meaning behind the city’s name, "dear green place".

The architecture in Glasgow is simply stunning and the right mixture of new and old. For a more modern feel, check out the Glasgow canvas print entitled "Glasgow Riverside Museum". You would think at first glance that it is something straight out of a science-fiction movie. Riverside Museum is an incredible example of modern architecture, designed by the late Dame Zaha Hadid, the first woman to be awarded the Pritzker Architecture Prize. The glass facades invite dancing rays of light to infiltrate the building, while imposing angles add to the futuristic feel you can see. Glasgow canvas prints also possess a riveting skyline, where iconic buildings such as the Glasgow Cathedral can be viewed. An active Church of Scotland, this imposing structure predates even the Scottish Reformation! Located on the very spot thought to have hosted the church of Saint Mungo, Glasgow’s patron saint, this medieval cathedral is a marvelous embodiment of Scottish Gothic architecture. "Glasgow Chapel" is merely a taste of the beautiful items that Glasgow canvas prints provide in that regard.
Show less
Product information
12 motifs
Show:
Sort:
Filter
Done
Show
Done
Sort
Done 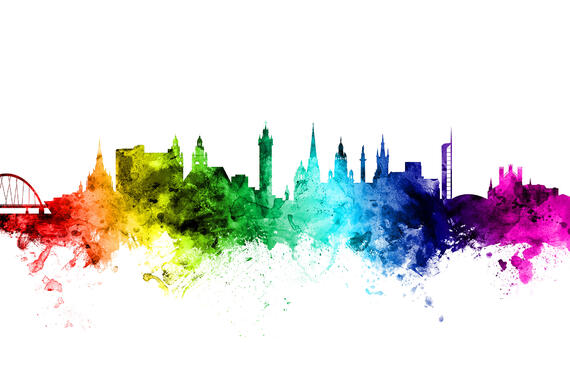 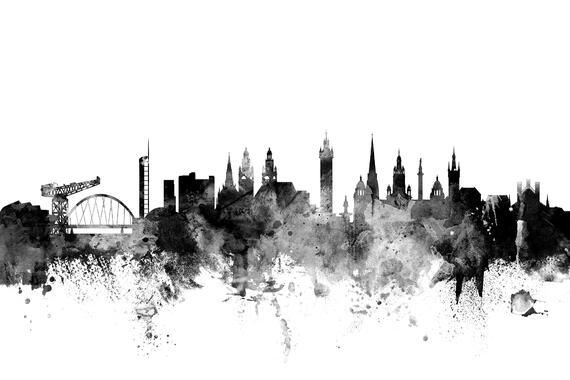 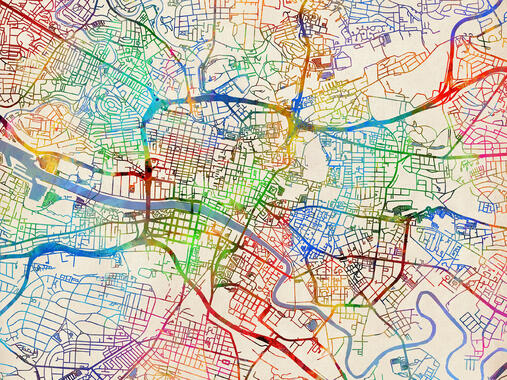 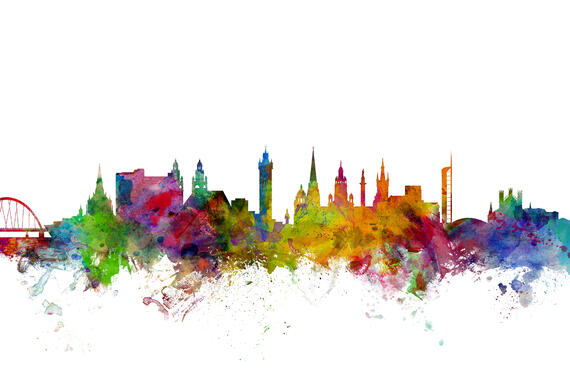 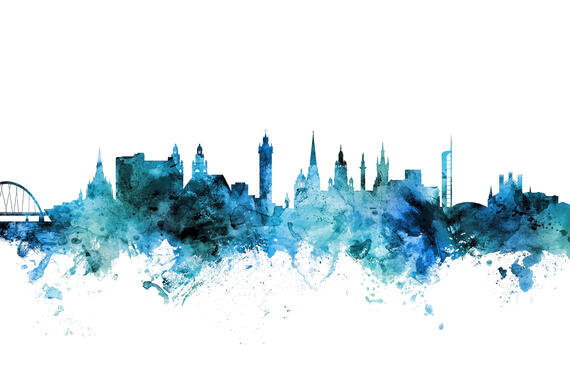 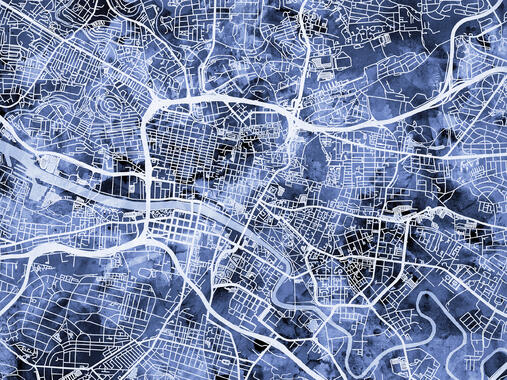 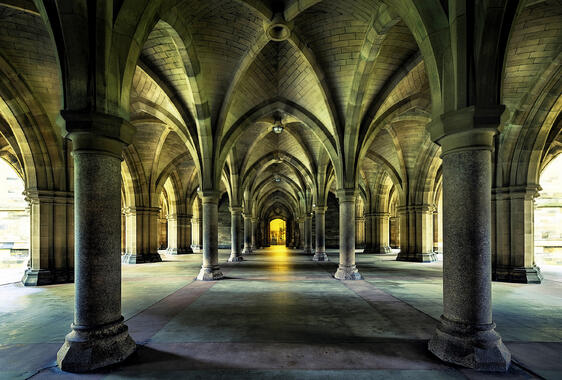 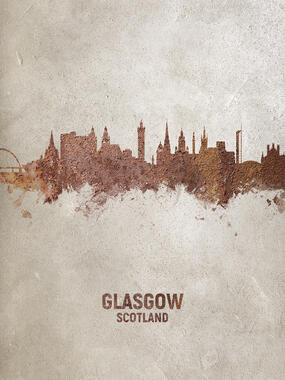 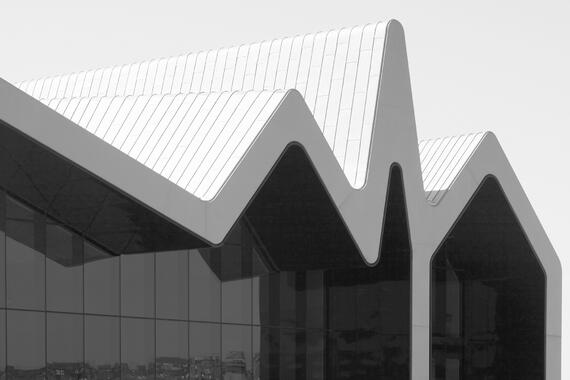 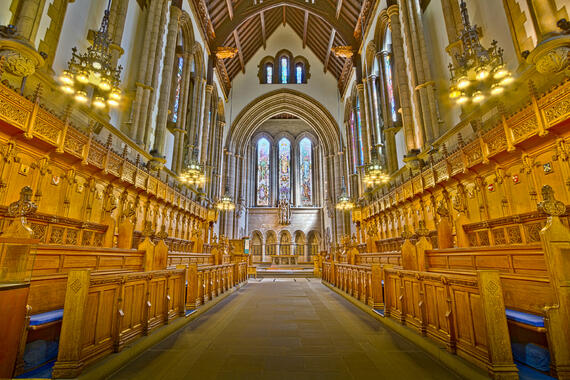 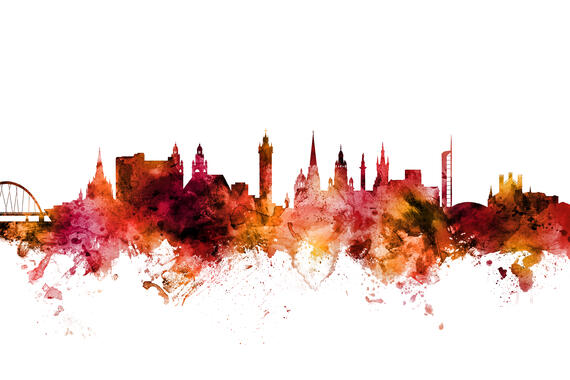