Belgium is a country in Europe. It was once ruled by a monarchy. Its capital is the city of Brussels. The languages spoken here are French and Dutch. It is widely hailed as the EuropeRead morean Union’s foremost country. The Brussels Stock Exchange building finds its home within Belgium and is one of the most active and prosperous business hubs in all of Europe. Photowall Pays tribute to this historic and fashionable city with its fine collection of Belgium canvas prints. These prints give you an idea of the size and complexity of this bustling metropolis. Position these Belgium canvas prints in strategic areas in your home to give it that spunky, metropolitan vibe. These Belgium canvas prints would look good enshrined in your mini-library or private study, giving you the feel of a globe-trotting jet-setter. Even the play areas and sleeping nooks of your children would benefit from having these Belgium canvas prints. They can serve not only as wonderful adornments but as educational tools as well. It is never too early to teach your kids about the great centers of business and culture in the world, and these fine Belgium canvas prints are just the thing to accomplish this.

Numerous museums and art galleries line the streets of Belgium. They feature some of the greatest artwork, created by the most prolific masters in the world. Food is also a feature of this great city, as Brussel sprouts will certainly give witness to. The city’s coat-of-arms consist of two lions rampant, each holding a banner, one represents the Duchy of Brabant and the other the city of Belgium itself. The lions rest on a shield with an image of St. Michael, slaying the devil. This beloved saint is the patron of the city. Photowall shows great respect for this beloved city with “Brussels Skyline” in its fine line of Belgium canvas prints. This image is but an example of the fine work and painstaking craftsmanship that goes into the making of these prints. Invite your friends who have vacationed all over the world into your living room, for an afternoon of hot chocolate and cookies, while admiring these Belgium canvas prints. Let them recount their adventures and exploits while touring the inner recesses of this great city. These Belgium canvas prints can also inspire you and your family to visit this momentous region in the future.

The seven noble houses of Brussels which is the capital city of Belgium, and also its most populated, consisted of the families where the patrician class and aristocracy of the city came from. The class system of the bourgeoise was prevalent during the Middle Ages, and the members of these households were considered nobility among the masses. These seven families were the Sleeus’, Sweerts’, Serhuyghs’, Steenweeghs’, Coudenberghs, Serroelofs’, and the Roodenbekes. They promulgated an aristocratic form of government in Middle Age Brussels. These Belgium canvas prints not only remind you of a bygone era but also serve as a constant reminder that the world has evolved from a time where a man’s lineage and last name were what mattered. These Belgium canvas prints bring to sharp focus that in our time, it is a person’s moxie and achievements that define his status and reputation in the world. Display these fine prints in the hallways and lounging spaces of your dwelling to bring color and excitement to your everyday life. Sit with a cold glass of beer while surrounded by these Belgium canvas prints and feel the day’s troubles simply slip away.

Modern-day Belgium still holds a striking resemblance to how it looked in classical times. They have preserved most of their momentous landmarks and places of note for tourists and travelers from around the world to appreciate. Historic structures like Liberty Square, the Congress Column, Surlet de Chokier Square, along with the Barricades’ Square, Church of St. John the Baptist, and the Anspach fountain still sit majestically in all their splendor in their original locations. Surviving as well is the Royal Flemish Theatre, Potale Saint Roch, La Bellone, and the Royal Theatre of La Monnaie. These magnificent structures continue to draw millions of tourists to this fine city every year. The culture and traditions of this marvelous region have been so well-preserved, that one can scarcely traverse from one avenue to another, without encountering another fine example of its architecture and history. Photowall lets you feel like a native of the country in its line of Belgium canvas prints. You will be the envy of the entire neighborhood when you showcase these fine images on the walls of your home. There will never be a dull moment in your urban abode with these Belgium canvas prints around you.
Show less
Product information
17 motifs
Show:
Sort:
Filter
Done
Show
Done
Sort
Done 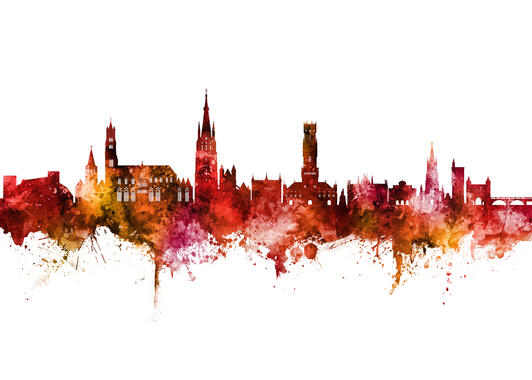 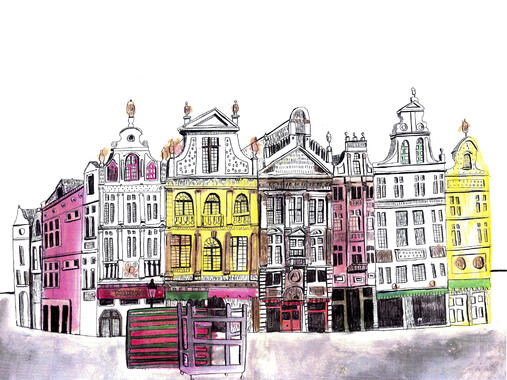 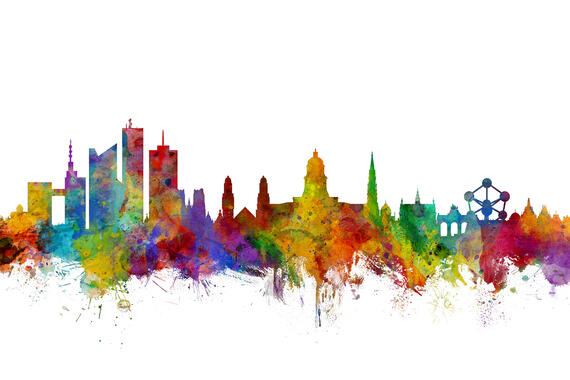 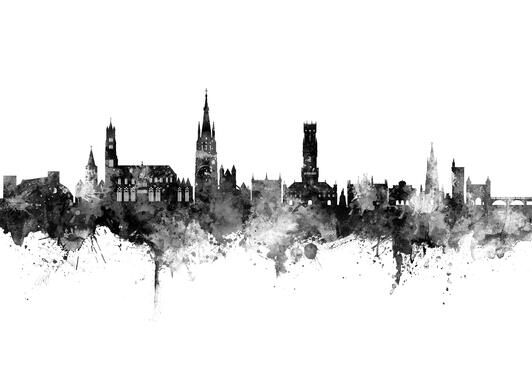 Antwerp Skyline at Dusk
- From £31 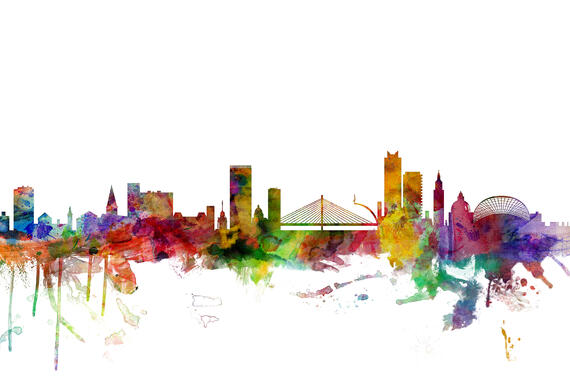 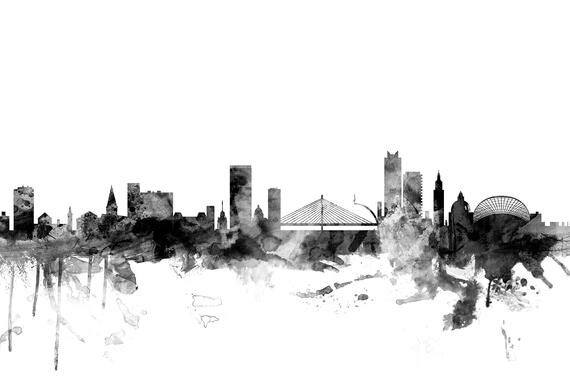 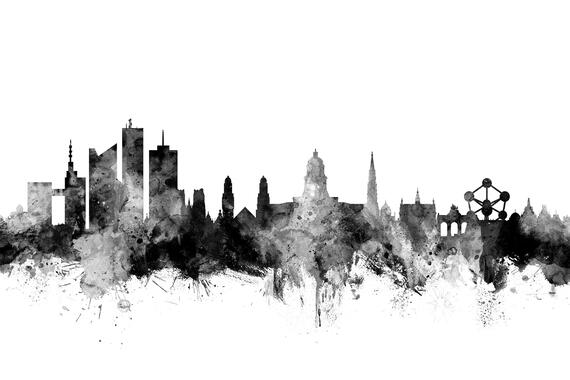 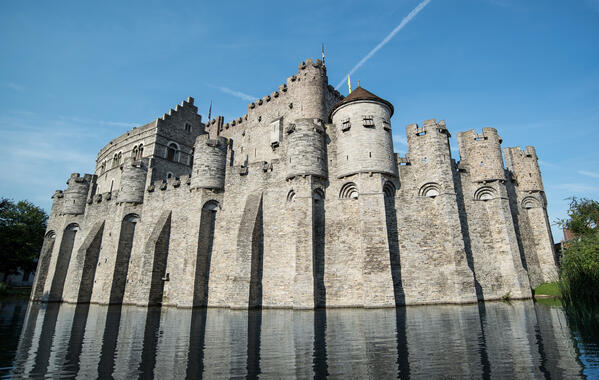 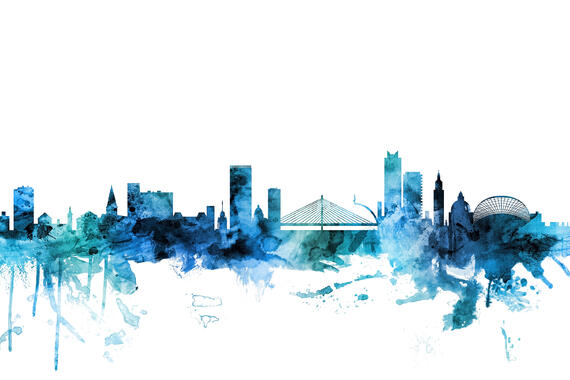 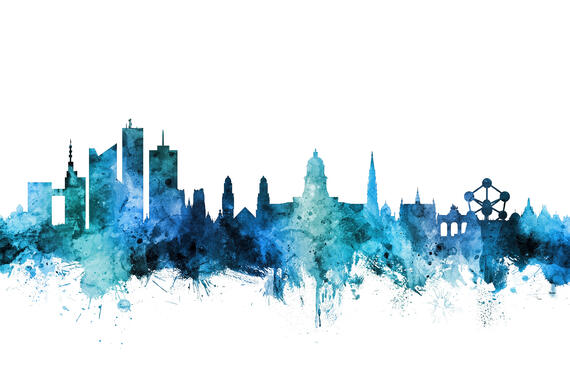 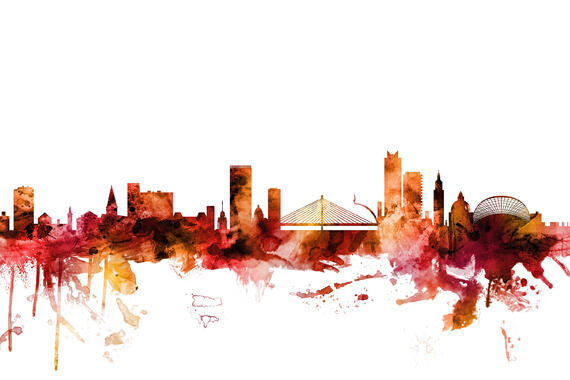 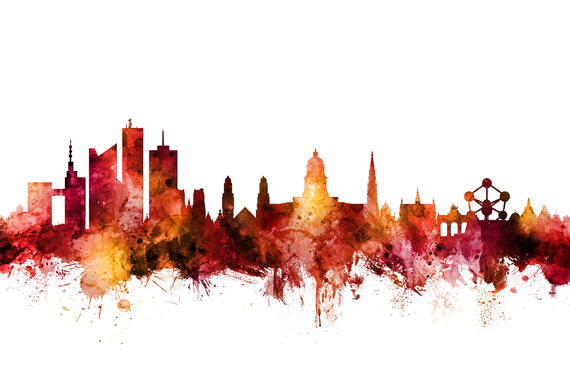 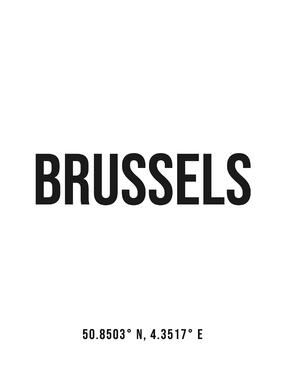 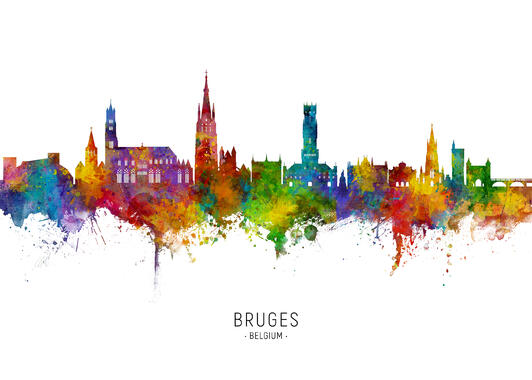 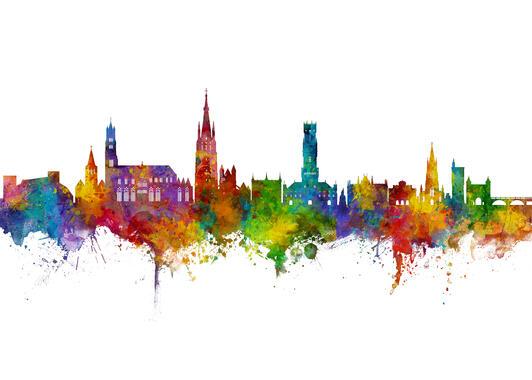 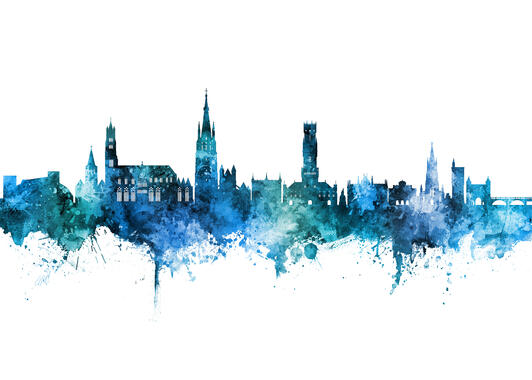