Tokyo, the largest city in Japan and the de facto capital, is one of the most densely populated cities in the world, with more than 13 million people in the city centre alone. Our TokRead moreyo-themed canvas prints illustrate the high density of buildings and portray its bustling nature. However, it started out as a small fishing village, called Edo, meaning estuary. Fortified in the 12th century, Edo Castle was built on what is now the site of the Imperial Palace. The name changed to Tokyo, which translates to eastern capital, in 1868. Strangely, it is not the official capital of Japan, as some still insist that the former imperial city of Kyoto holds that title. As one of the Japan’s 47 prefectures, Tokyo consists of 23 central wards and many cities, towns and villages to the west. The Izu and Ogasawara islands are also included.

The Imperial House of Japan has had an unbelievable 125 monarchs, dating back to 660 BC. This is the longest continuous monarchy in the world and, with the exception of a few reigning empresses in the early 1900s, has been mainly headed by men.

With a combined backdrop of Mount Fuji, temples and palaces embracing its long culture, and ultra-modern skyscrapers, all beautifully represented in the paintings, Tokyo is a multi-faceted metropolis. With elegant bridges crossing wide rivers and many demarcated green areas, beautiful parks add peace and tranquillity to areas of the city. And the world-famous cherry blossom festival, heralding the start of spring, is a major tourist attraction from late March to mid-April. The blossom, known as sakura in Japanese, is the national flower. Depicted in the canvas print, this dazzling force of nature has been captured, reflected in the water. Much of the land has been reclaimed to accommodate further growth and the city has been rebuilt twice, after the 1923 Great Kantō earthquake and then the destructive bombing of the city in World War II.

Japan has the busiest metro railway system worldwide. Completed in 1927, it underwent major expansion for the 1963 Summer Olympics and now carries nearly 9 million commuters daily, more than 3.2 billion annually. Only part of the MTR is underground, with a total of approximately 320kms of railway tracks. Heavily congested, pushers are employed to cram as many commuters as legally possible into the subway carriages.

The living room is a place where you spend most of your time when you are at home. It is where friends and family gather together to spend some quality time. Therefore it is important for the living room to be well-designed to make it more comfortable and inviting. There are actually tons of ideas that you can get from various references and wall murals are just simply amazing. From the collection of Photowall, Tokyo wall murals are impressive designs that will surely make a statement to your living room. Created with amazing cool colors, the wall mural designs will add life to the walls of your room. As the living room may have multiple uses, such as relaxing, socializing, watching television shows, and others, colors play an important role to the room’s mood and atmosphere. This is where the the beautiful Tokyo wall murals do their job. Pick the right wall mural design for the living room and you will have an amazing focal point that will certainly be loved by your family and friends. Happy decorating!
Show less
Product information
30 motifs
Sort:
Filter
Done
Sort
Done 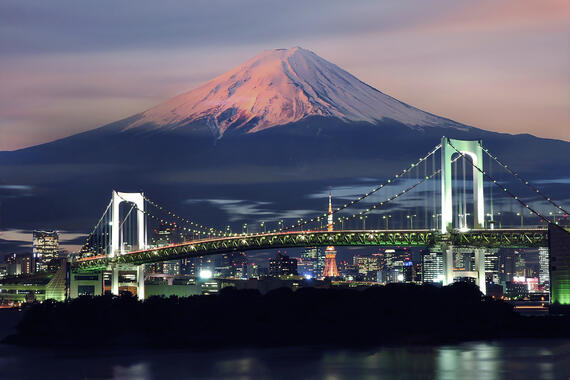 Rainbow Bridge with Mt Fuji
- From £38 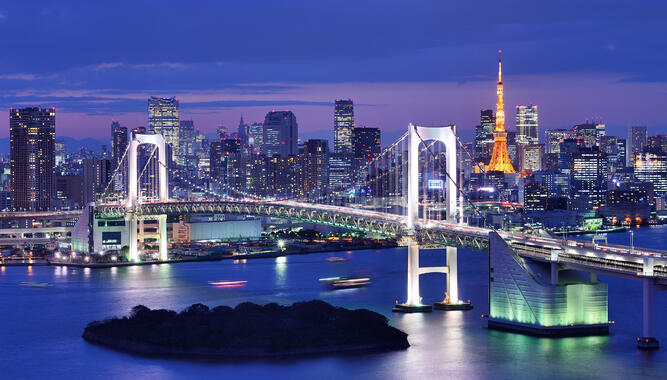 Rainbow Bridge and Tokyo Tower
- From £38 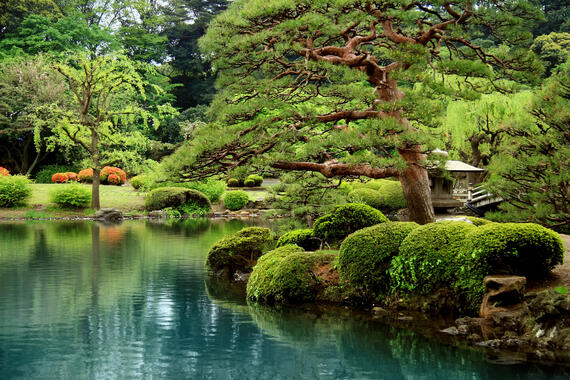 Calm Zen Lake and Bonsai Trees in Tokyo Garden
- From £38 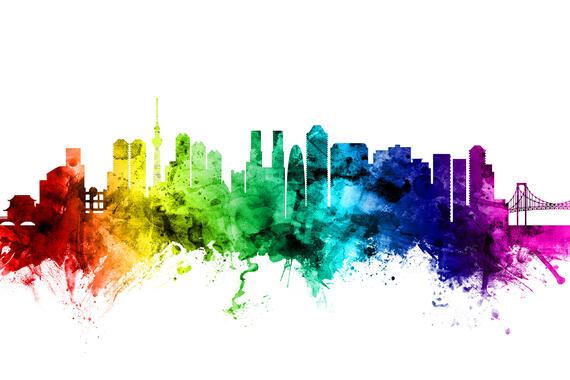 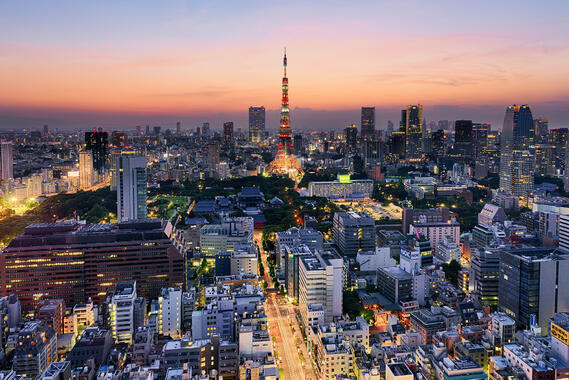 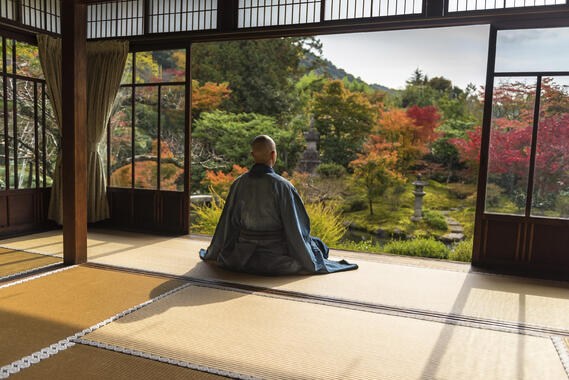 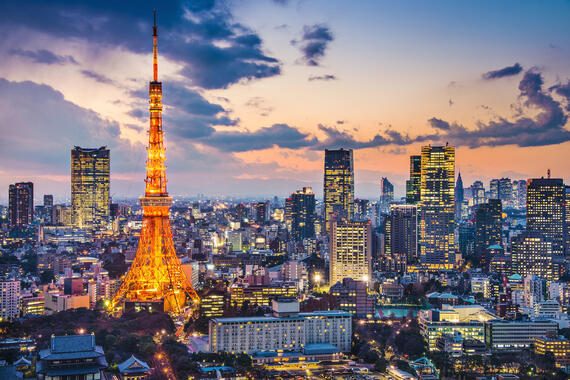 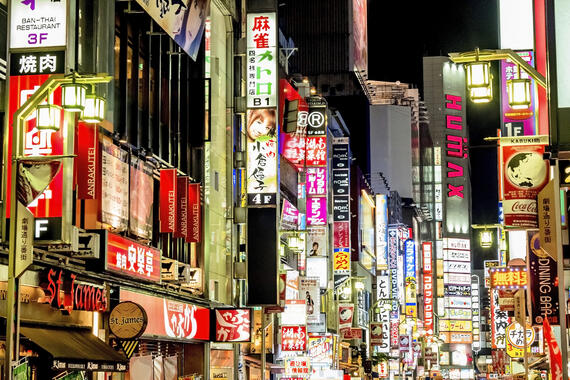 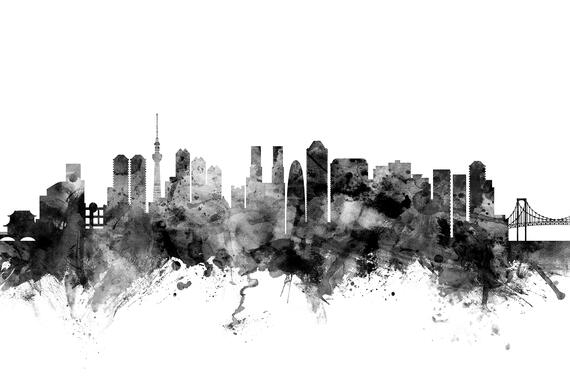 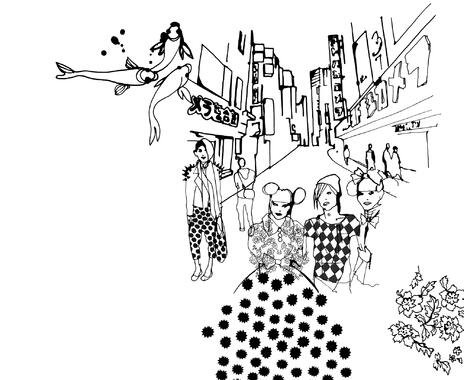 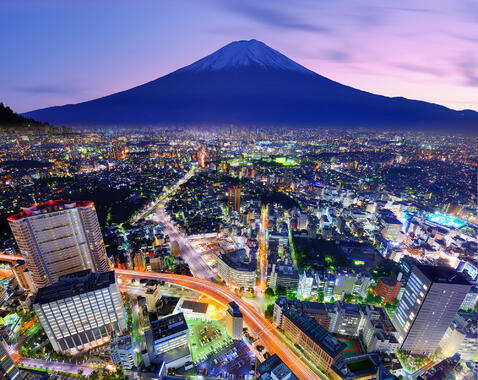 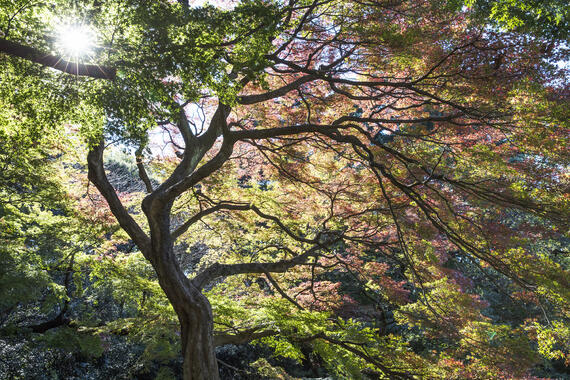 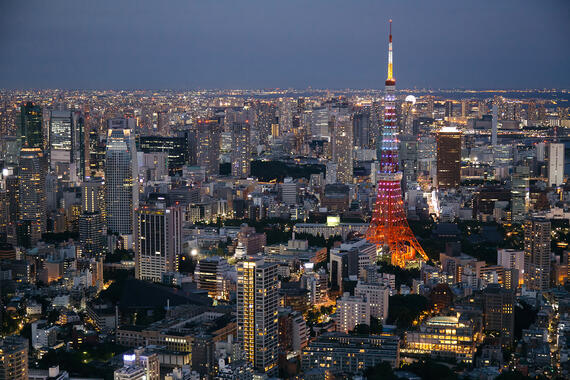 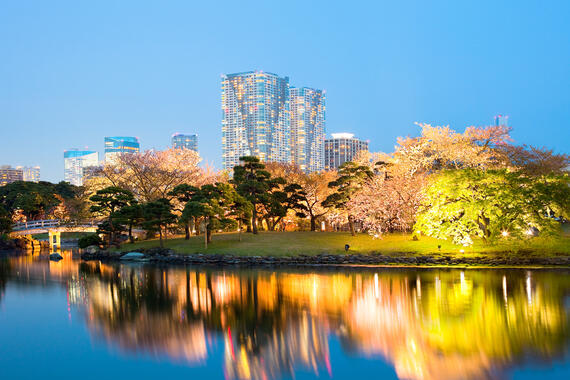 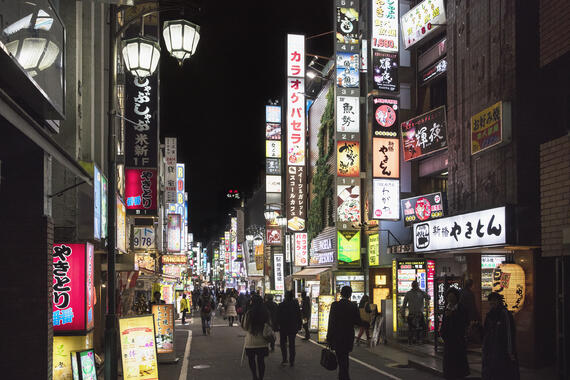 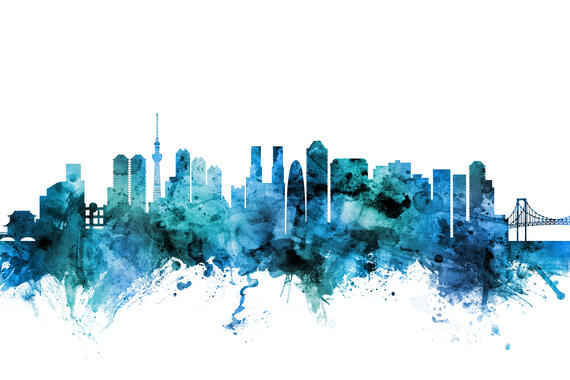 Midtown, Roppongi Hills and Tokyo Tower at Sunset
- From £38 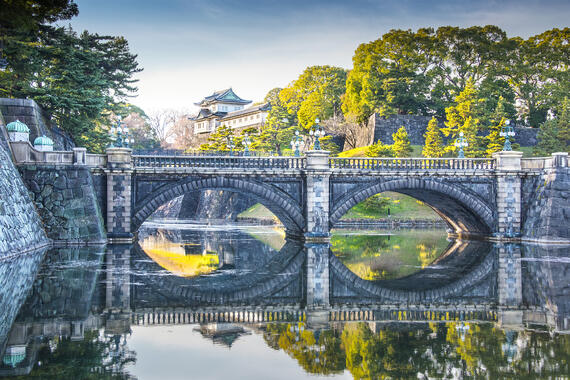 Tokyo Imperial Palace of Japan
- From £38 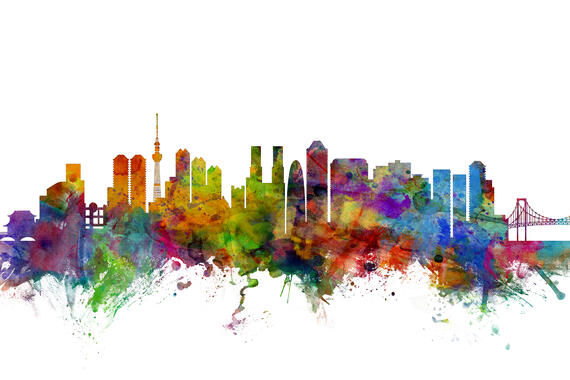 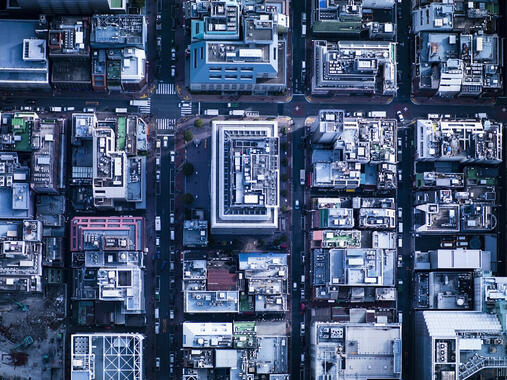 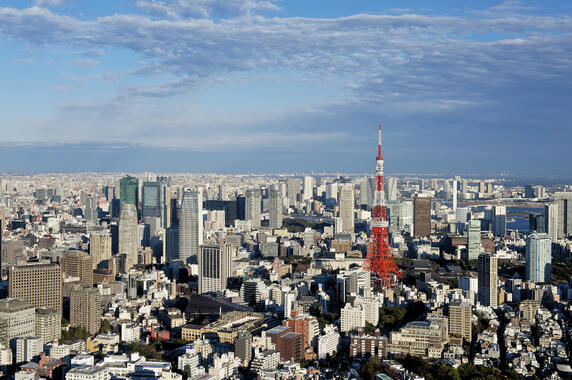 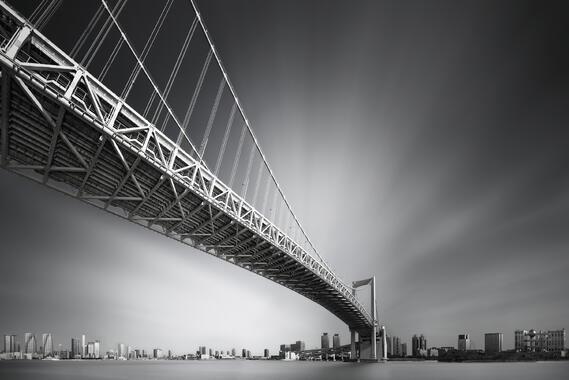 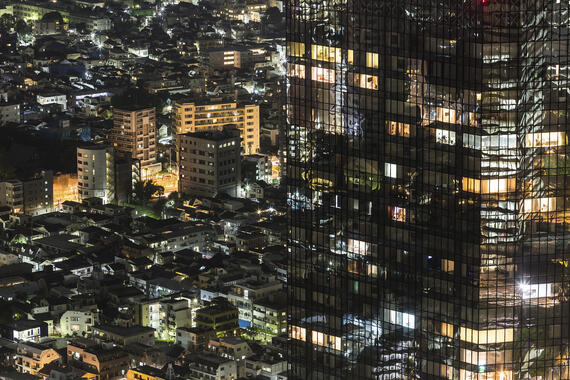 Skyscraper Merges with Residential Housing in Shinjuku
- From £38 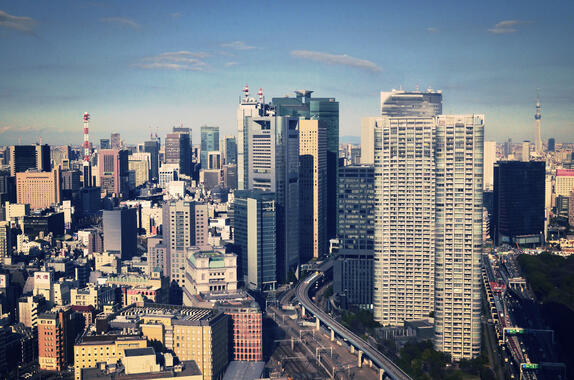 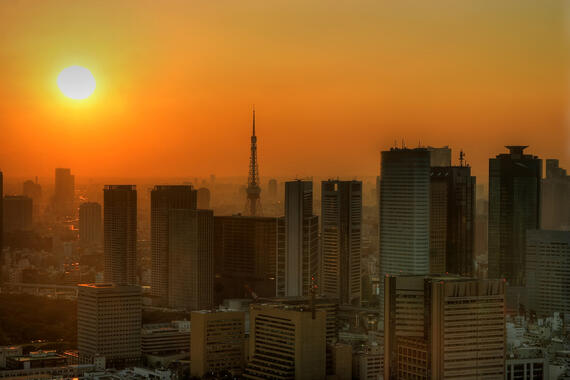 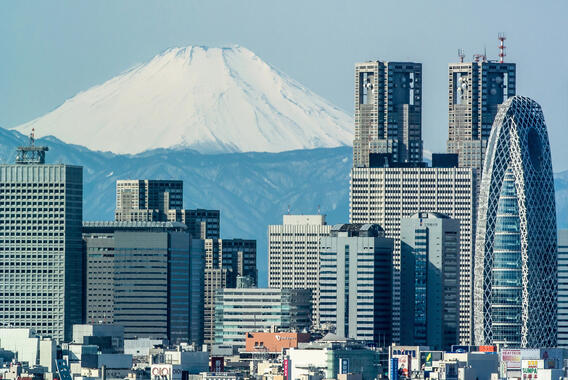 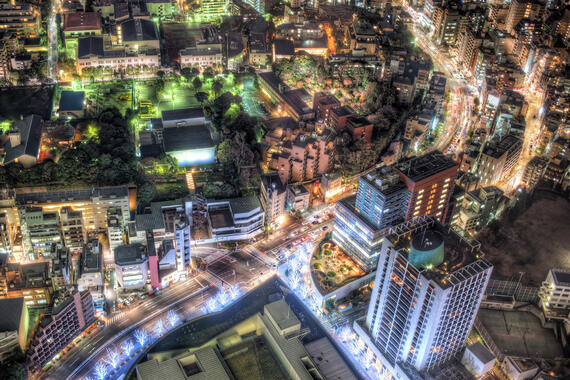 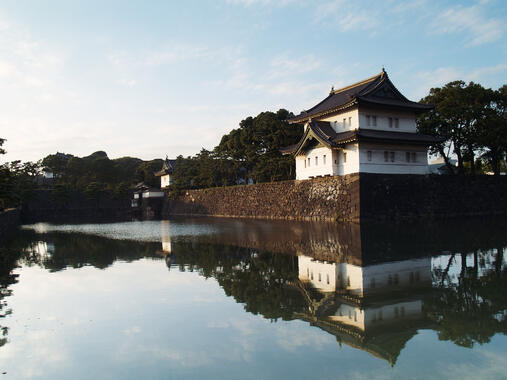 Imperial Japanese Palace in Tokyo at Dusk
- From £38 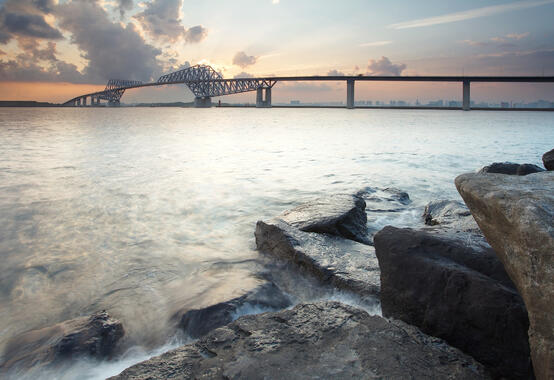 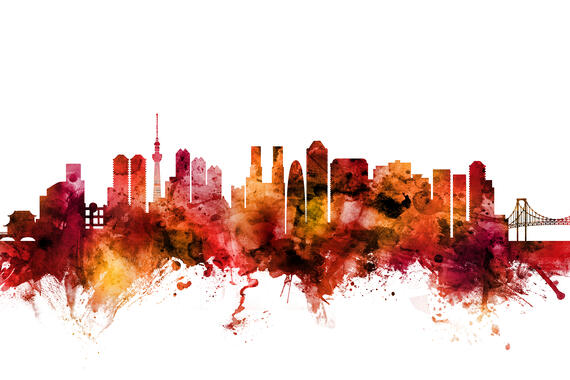