One of the greatest architectural feats of human kind can now be your central theme when it comes to interior design. Photowall has conveniently assembled an impressive lineup of GreaRead moret Chinese Wall posters that will make your room feel bigger and look more appealing. Not only are these motifs wonderful to look at, but they also serve another purpose with the structure's incredible symbolic value and history. There is even an old saying in China that goes "He who has never been to the Great Wall is not a true man". Great Chinese Wall posters can be representative of your prowess and affinity for culture. Together with Tian'anmen Square and the Terra-cotta Warriors and Horses, the Great Wall of China has been labeled as most representative of China itself. Great Chinese Wall posters can also reflect that and be matched, or contrasted, with your existing interior design, colour schemes and so on.

The Great Wall of China actually started out not as a single, massive wall to protect the people of a unified nation, but rather as several smaller, unconnected walls that were built by warlords fighting each other! Its original name is Wanli Changcheng, which literally means "Ten Thousand Leagues Long Fortification". Mostly, the current relic of the Great Wall is the Ming Great Wall built in the 14th century, which you will see plenty of in Great Chinese Wall posters. With a length of 8851 meters, the width of 4-5 meters and the height of 6-7 meters, the Great Wall crosses 8 provinces including Hebei, Beijing, Inner Mongolia, Shanxi, Shaanxi, Ningxia, Gansu and Liaoning. It truly is one of the greatest miracles created by an ancient people as well as the witness to China’s long history, no wonder it was declared a world heritage site in 1987 by UNESCO. Great Chinese Wall posters can be your part in preserving a piece of immense culture, as the real thing has been diminished by human activities such as land development, and environmental issues such as erosion.

Representing thousands of years of work rather than the massive building project of a single emperor or even a single dynasty, the Great Wall of China can be the focal point that embodies patience and virtue. Interior design if often better when it is associated with positive traits, especially with something as significant as featured in Great Chinese Wall posters. On top of the Great Wall of China, for example, can be an interior decor that signifies the long journey it took you to get to this point. This type of Great Chinese Wall poster will show a cultural side to you that many might not have noticed, a reflection of your personality and tastes. It can also serve as inspiration to make that trip to this location someday, or even a reminder of your wonderful time if you have already been there. Great Chinese Wall posters are emblematic of great culture and insight into a different mentality.

The myth that the Great Wall is visible from space has been perpetuated since at least 1938, even long before humans landed on the moon! Although the structure is indeed formidable, the materials with which it was built tend to blend into the landscape, which makes it also difficult to distinguish with the naked eye from space. Great Chinese Wall posters however will absolutely stand out in any area they are displayed. Great Wall of China at Sunrise, for example, can give your walls more depth and dimension. Great Chinese Wall posters are fantastic at making rooms seem bigger as they are, while also serving as superb eye-candy that stimulate visual weight and interesting conversations.
Show less
Product information
5 motifs
Sort:
Filter
Done
Sort
Done 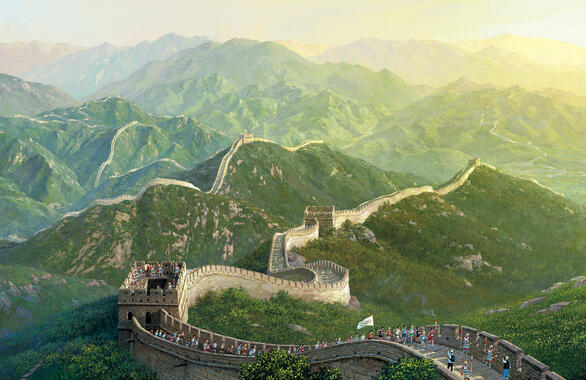 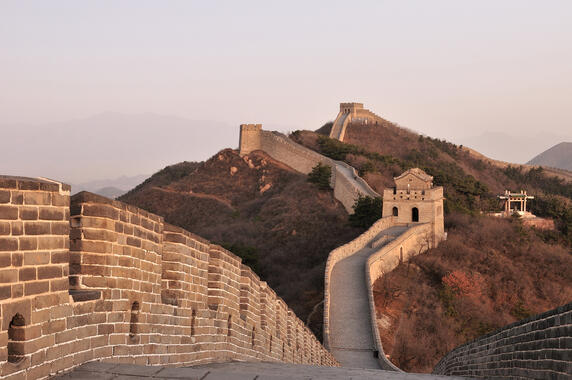 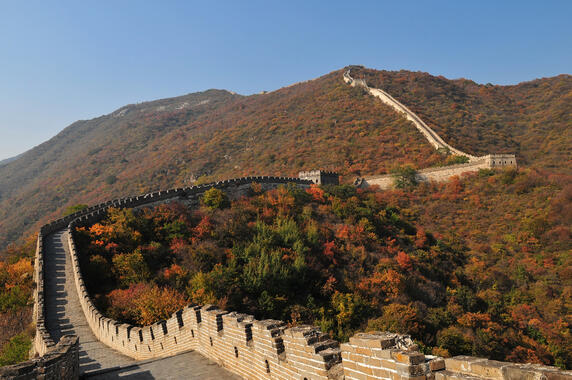 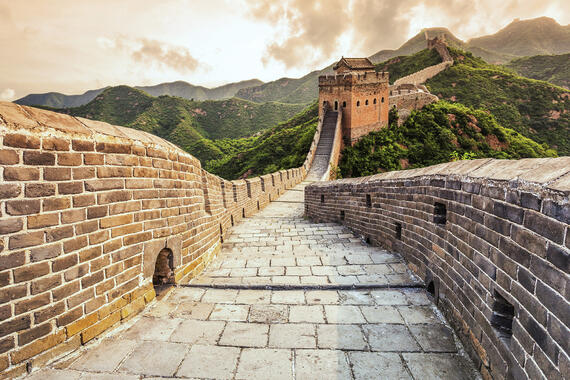 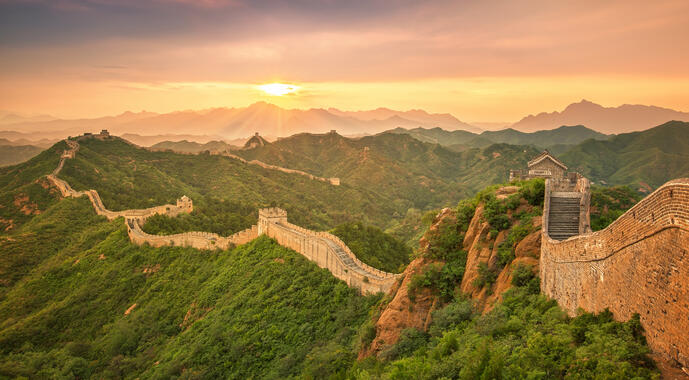 Great Wall of China at Sunrise
- From £31