Whether you have already visited Thailand in your lifetime or are planning a trip there for the future, having Thailand posters in your interiors can have a wonderful effect, physicalRead morely and mentally. Whatever it is you love about the Land of Smiles, Photowall has it in this diverse selection. There are real life photographs with such intricate detail that you can almost feel the swelter of the Southeast Asian heat. Thailand posters also have works of art that can give your walls a whole new outlook. Radiant beaches with a scattering of towering palm trees are as present as the bright lights and awe-inspiring skyline of Bangkok. Our diverse range of Thailand posters encompasses many of the country's gorgeous sights and alluring charms. No matter if the space you are decorating is residential, recreational or even corporate in nature, Thailand posters can be the difference between ordinary and extraordinary.

A touch of nature in Thailand posters

Bringing Mother Earth into your interior decoration is always a welcome and often healthy sight. Thailand posters use this to their full advantage, as this land is known for its beautiful scenery and massive diversity in terms of natural wonders. Thailand has over 2400 meters miles of coastline, and just off many of these are some of the best dive sites in the entire world. It is no wonder that it has become such a colossal player in the tourism industry, especially in South East Asia. If you look at Thailand posters such as "Thailand Fishing Boat", you will understand why. The pristine sand and the inviting hues of the water just make you want to run in and take a dip. Thailand posters like "Coconut Palms, Thailand" will transport you immediately to a better and more relaxed place. Imagine having this sight within your four walls all year, through every season and type of weather. Thailand posters can allow you to check out from the stress of daily life every now and then.

The City of Angels

As they say, Bangkok is hands down one of the main reasons to visit the country of Thailand. It is even said that once someone visits the City of Angels long enough, they never want to leave! Take in these Thailand posters and you will see why Bangkok is often the first stop on traveler’s itineraries before heading to Southeast Asia. Even though it really is crowded, with more than 8 millions residents, and can be overwhelming, Bangkok is a city full of surprises. Temples, sky bars, museums, art galleries, parks, it has it all and more. Thailand posters featuring Bangkok are also home MahaNakhon, which officially became Thailand’s tallest building in 2016. This architectural landmark stands out from its peers by displaying one of the most unique architectural designs of the city, with its surreal and even futuristic look.

Another alluring facet to Thailand posters is the theme of spirituality, something that is very important to the people of Thailand and a huge part of their culture. Buddhism started as early as 4th or 6th BCE when Siddharta Gautama began to spread his teachings of suffering, nirvana and rebirth in India. Since Siddharta himself was averse to accept images of himself and used many different symbols to illustrate his teachings, there are eight different auspicious symbols of Buddhism, and many say that these represent the gifts that God made to Buddha when he achieved enlightenment. You will see these in Thailand posters by Photowall such as Statue of Buddha, a wonderful sight that will lend your interiors style and an ethereal beauty.
Show less
Product information
18 motifs
Show:
Sort:
Filter
Done
Show
Done
Sort
Done 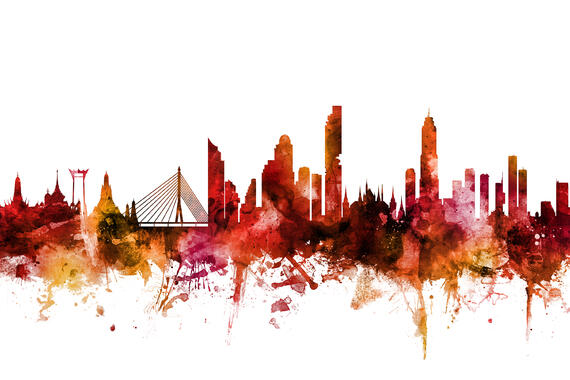 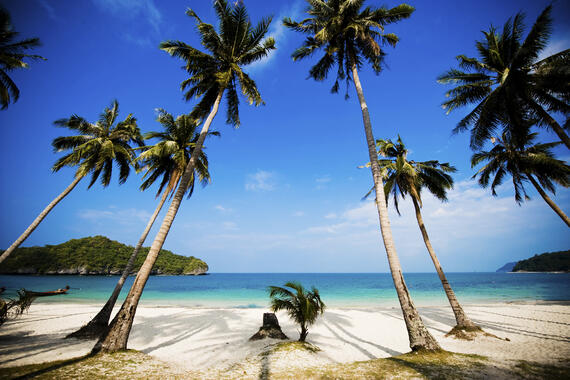 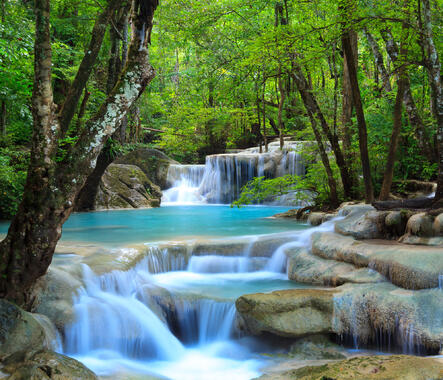 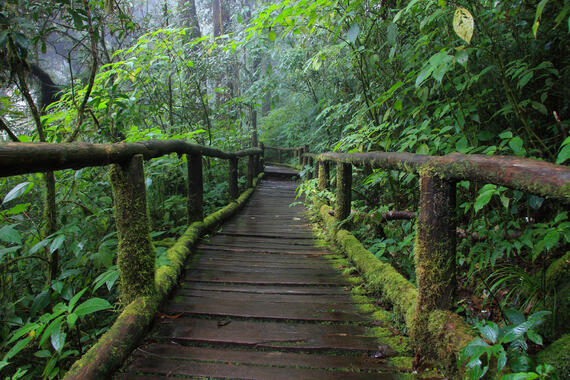 Beautiful Bridge in Thailand
- From £31 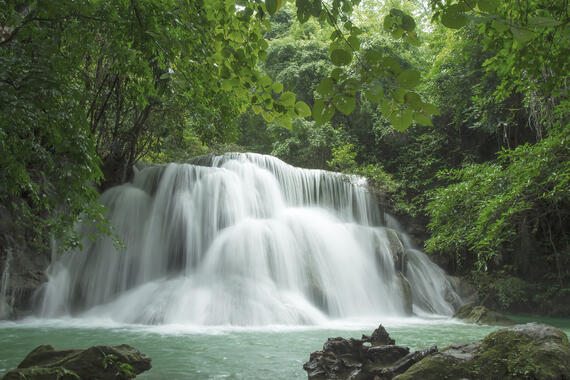 Beautiful Waterfall in Thailand
- From £31 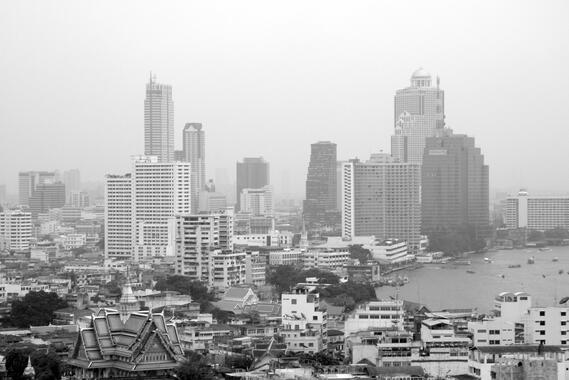 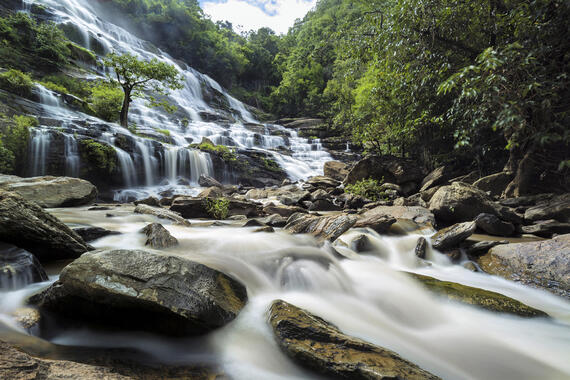 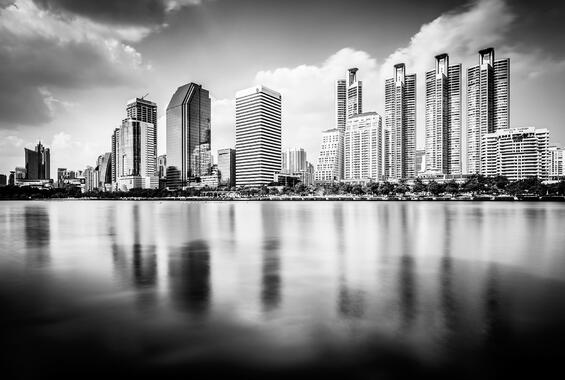 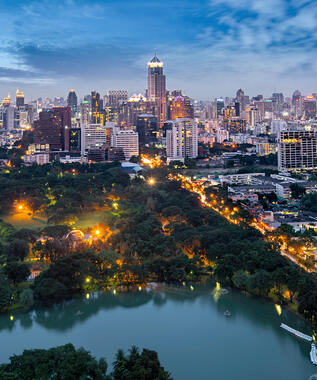 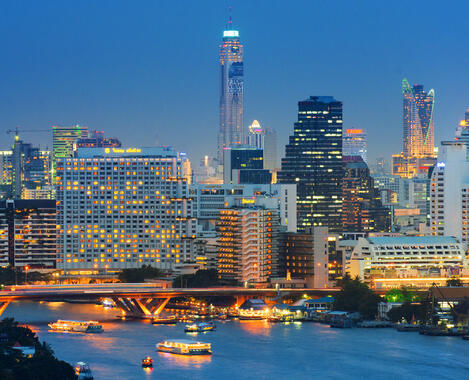 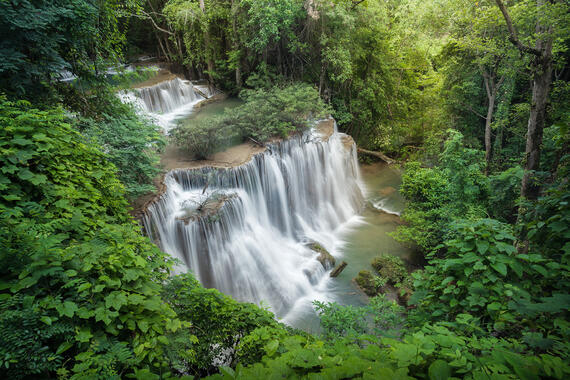 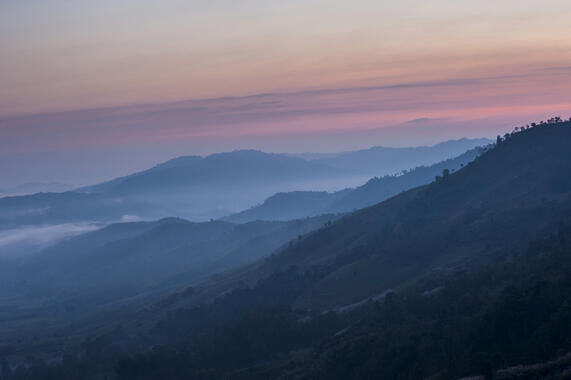 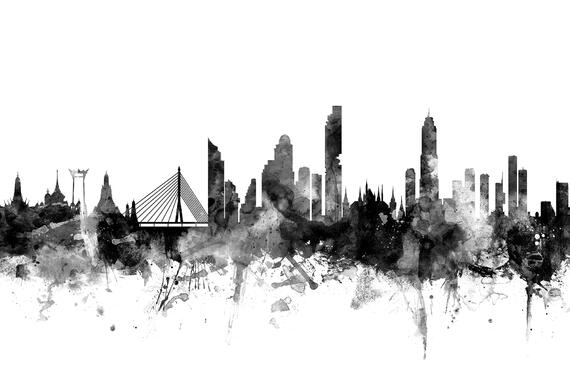 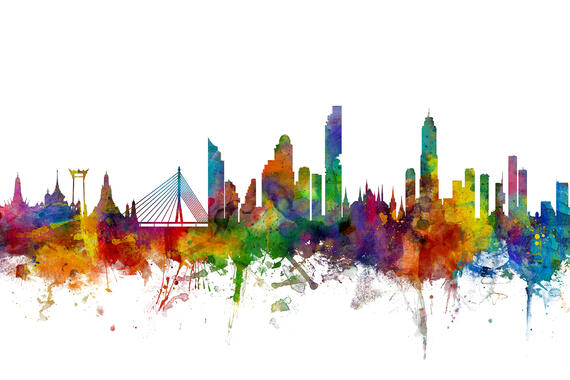 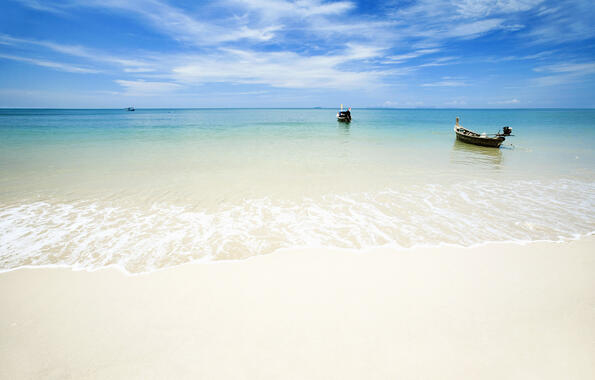 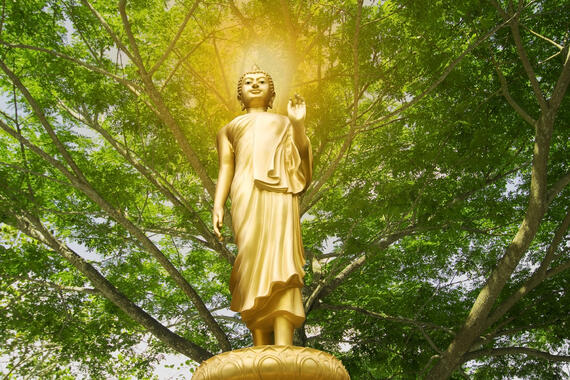 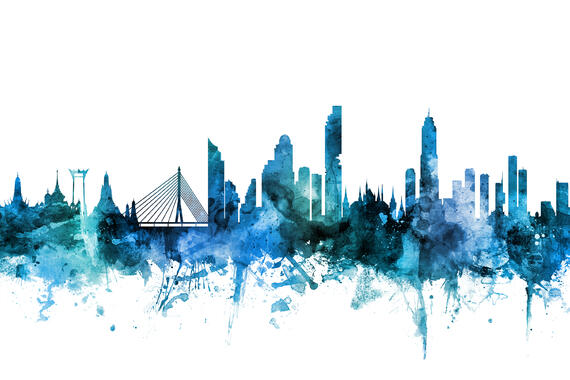