Many people associate the state of Utah with the Mormon Church, since sixty percent of the residents of this state belong to it. The so-called Beehive State has so much more to offer,Read more as you will see in Photowall's tremendous collection of Utah canvas prints. Rich in detail, history and style, this Utah canvas prints assortment will show you the most gorgeous sights while also providing you with knowledge and trivia. Utah gets its name from the Ute Native American tribe, meaning "people of the mountain". You will see plenty of beautiful mountains in Utah canvas prints, with which you can decorate your home, office or recreational space. Furthermore, you are more than free to edit these Utah canvas prints in order for you to match, or contrast, them with your existing interior design, colour schemes and other decorative components.

Although commonly known as Monument Valley Park, the Navajo name is actually Tsé Bii' Ndzisgaii which roughly translates to "the valley of rocks". The park itself forms just a little piece of the semi-autonomous Navajo Nation, which is the largest Native American territory in the United States of America. Situated on the border of Utah and Arizona, this iconic spot actually is not technically a national park or a monument. As you will see in Utah canvas prints, it really is pretty much smack-dab in the middle of nowhere, and literally hundreds of miles from any notable town which makes it feel like stepping back in time. If you check out Utah canvas prints such as "Monument Valley, Utah, USA", it is as if you have entered another era or century. Utah canvas prints have plenty of natural scenes that evoke an emotion of timelessness and give your room a whole new dimension and vibe. Just imagine something such as "Delicate Light" and watch how your interiors transform into a whole new world. "Salt Desert" is another very eye-catching Utah canvas print with maximum visual impact and weight.

The horizon of Salt Lake City has plenty of hallmarks, or remarkable buildings if you will. The Salt Lake Temple, for example, is treated as the center of Salt Lake City, as addresses within the city limits are measured by their distance to the north, south, east or west of Temple Square. The temple itself was built over a period of 40 years, from 1853 to 1893. The Salt Lake Temple is the largest temple of the Church of Jesus Christ of Latter-Day Saints, more commonly known as Mormons, which you can see in Utah canvas prints such as "Salt Lake City Skyline". This motif also features Salt Lake City's Cathedral of the Madeleine. In addition to regular Roman Catholic religious services, the cathedral hosts choir and organ recitals and other cultural events, as well as a very popular Christmas midnight mass. Check it out in the Utah canvas print named "Salt Lake City Skyline, black and white", which is a bit more dramatic but can nonetheless work in any given setting. It is to be noted that this particular set of Utah canvas prints comes in various hues and tones, giving you plenty of leeway with regard to decorating your interiors.

Utah is well-known as one of the best places for paleontology in the whole of North America. Due to the presence of a vast variety of different rocks capable of preserving fossils, the state has the most dinosaur species in the country. The Beehive State is symbolic of hard work and industry, a famous trait of their people who have a rich history. You will see this in numerous forms when viewing Utah canvas prints. Even though people lived in Utah for thousands of years, the first Europeans did not arrive until the 1700s when a Spanish explorer named Juan Antonio de Rivera claimed the land for Spain and found the Colorado River. More significantly, a religious group called the Church of Jesus Christ of Latter-day Saints, which was formed by Joseph Smith in New York, decided they needed a new place to live after having been prosecuted everywhere they went and their leader killed. They ultimately chose Utah because there were so few people living there. Utah canvas prints display this interesting tidbit of history with Utah canvas prints such as aforementioned Salt Lake city collections which show the city of the Mormons.
Show less
Product information
26 motifs
Show:
Sort:
Filter
Done
Show
Done
Sort
Done 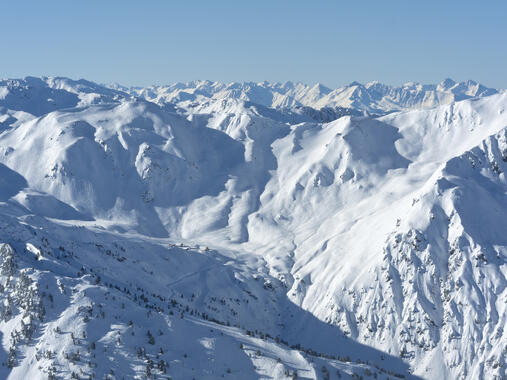 Ski Slopes of Zillertal
- From £38 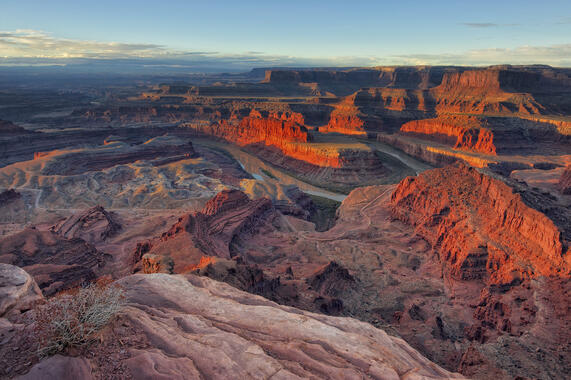 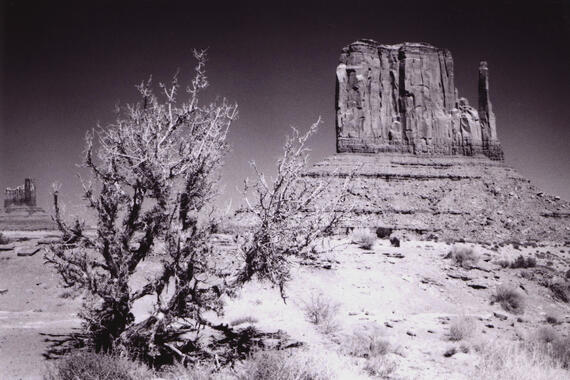 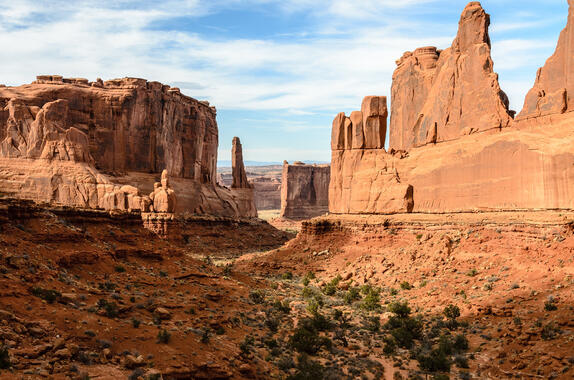 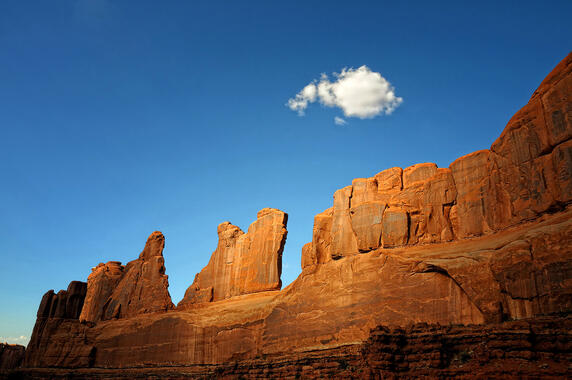 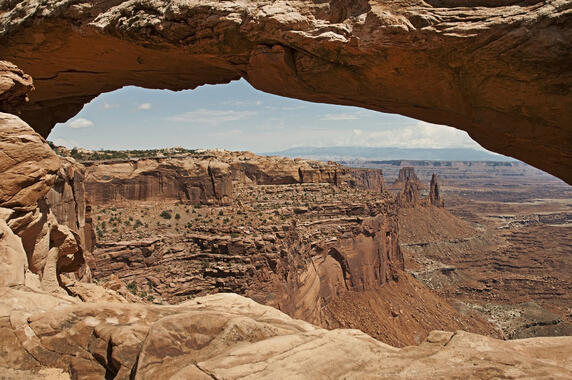 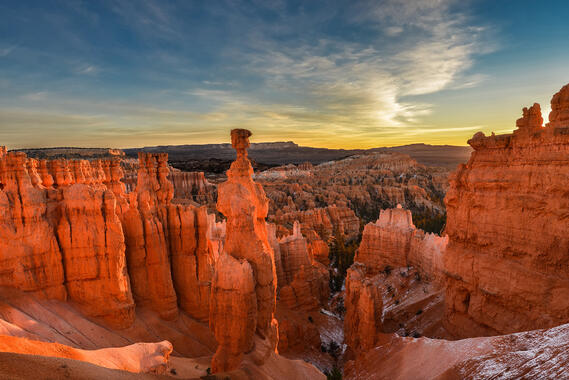 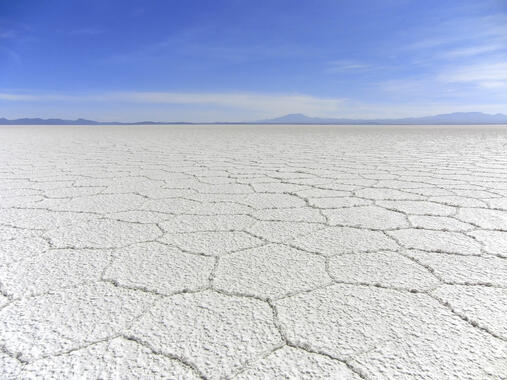 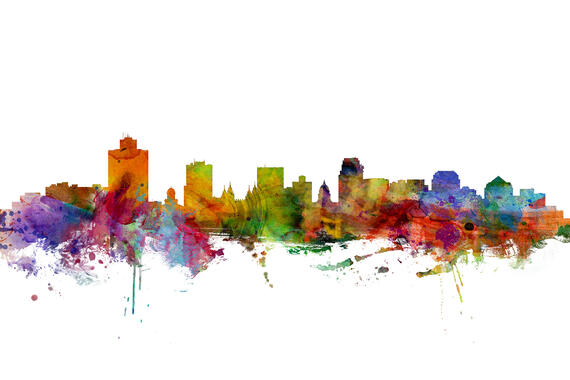 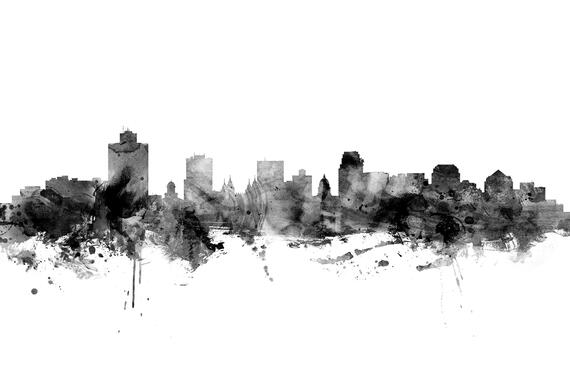 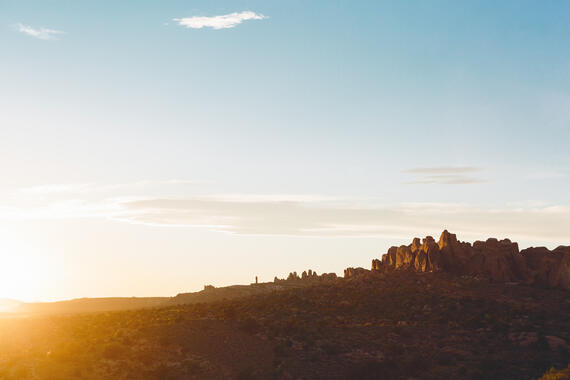 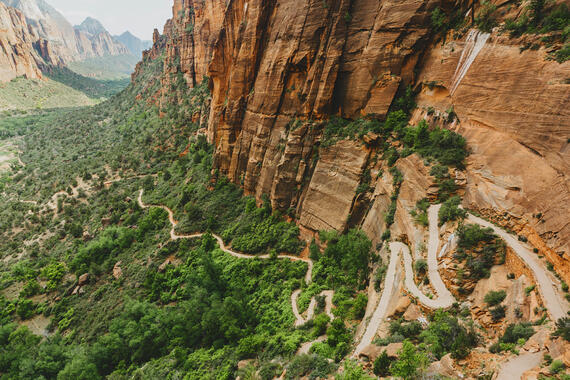 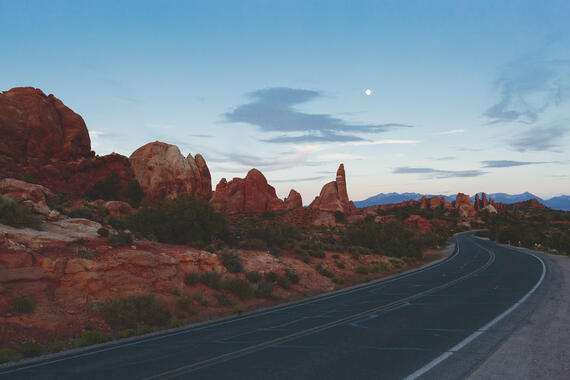 Road in Arches National Park
- From £40 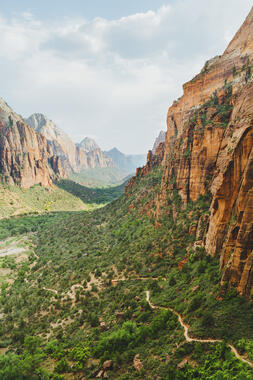 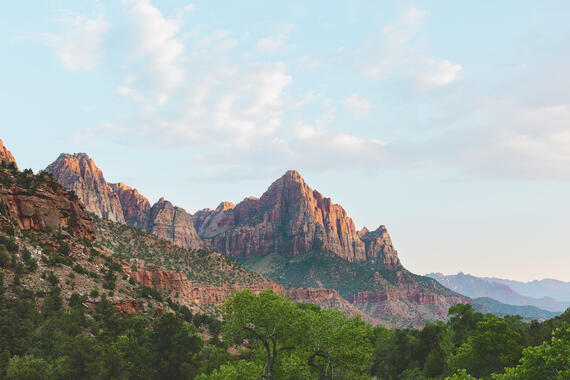 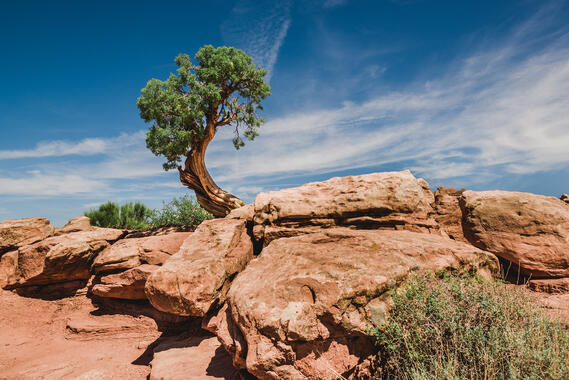 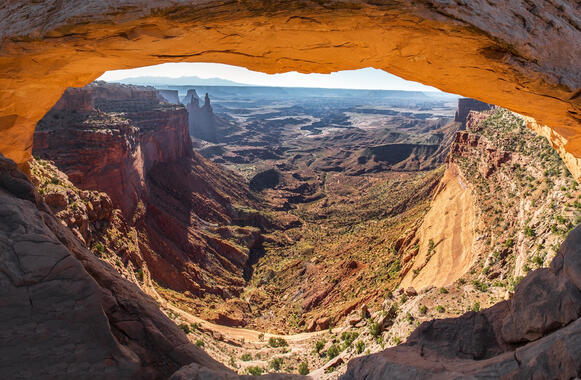 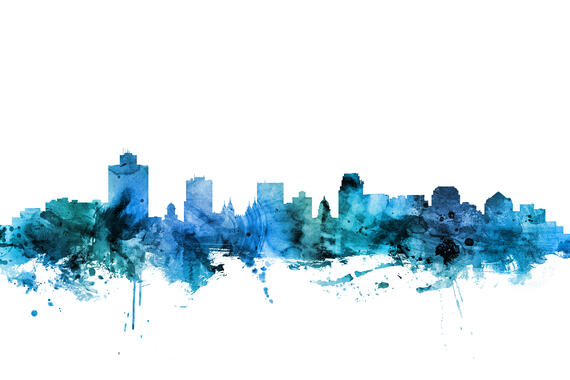 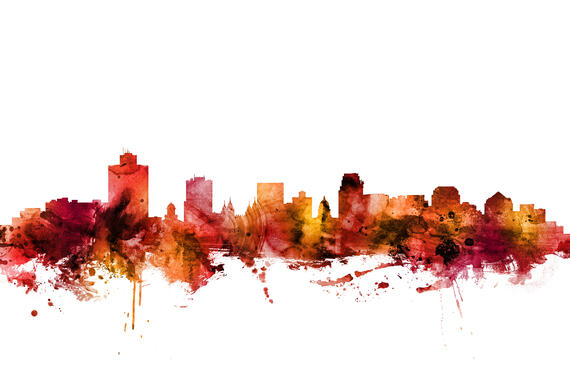 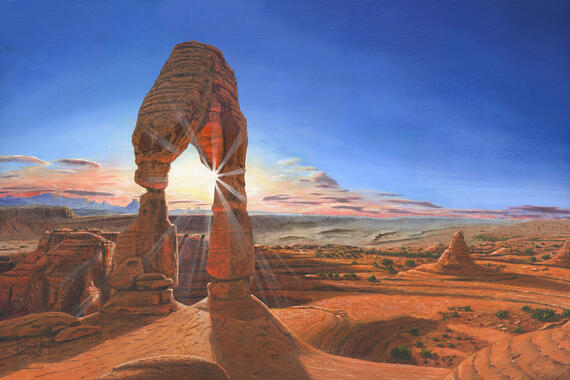 Sunset at Delicate Arch Utah
- From £41 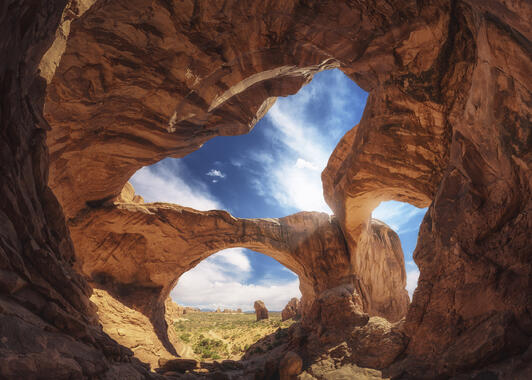 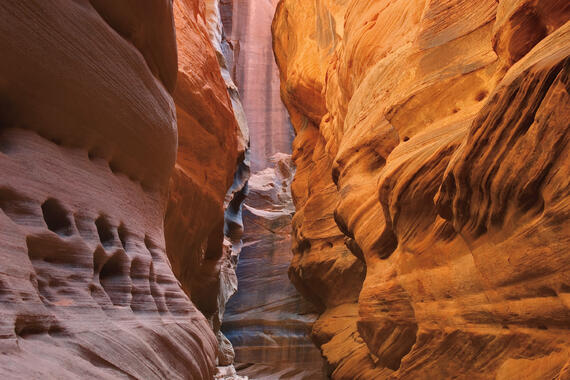 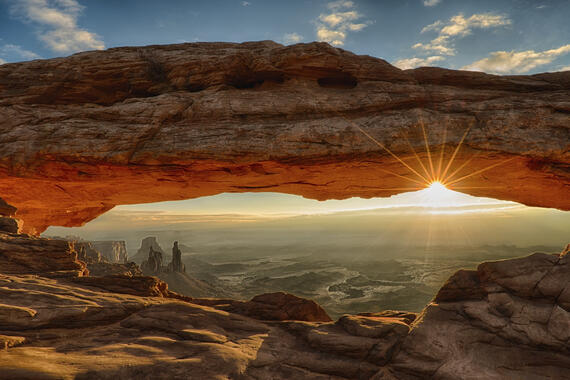 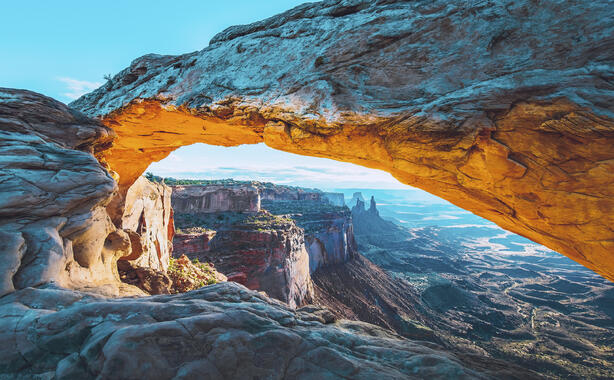 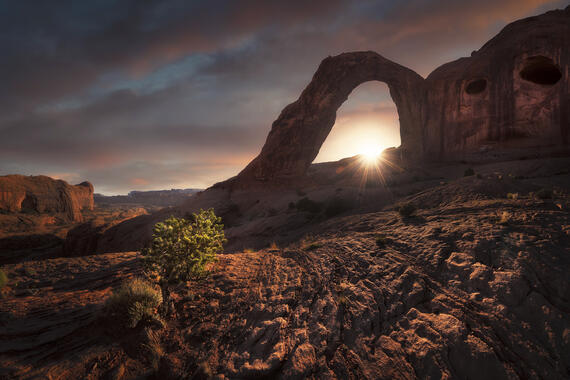