It has been almost two years since Jonna Jinton released her first wallpaper collection, The Soul of Nature, and since that time her images have graced walls all over the world.
by Photowall UK at 20.9.2018

Now she is out with with a new collection called Northern Wilderness, in which 30 nature motifs depict the Nordic landscape. Many of the photographs in the collection have been taken far north in Sweden, in locations such as Stekenjokk, Abisko and Stora Sjöfallet, and they reflect the subtle changes of the natural world during the four seasons.

We took the chance to ask Jonna some questions and dive a little deeper into the stories behind the images. 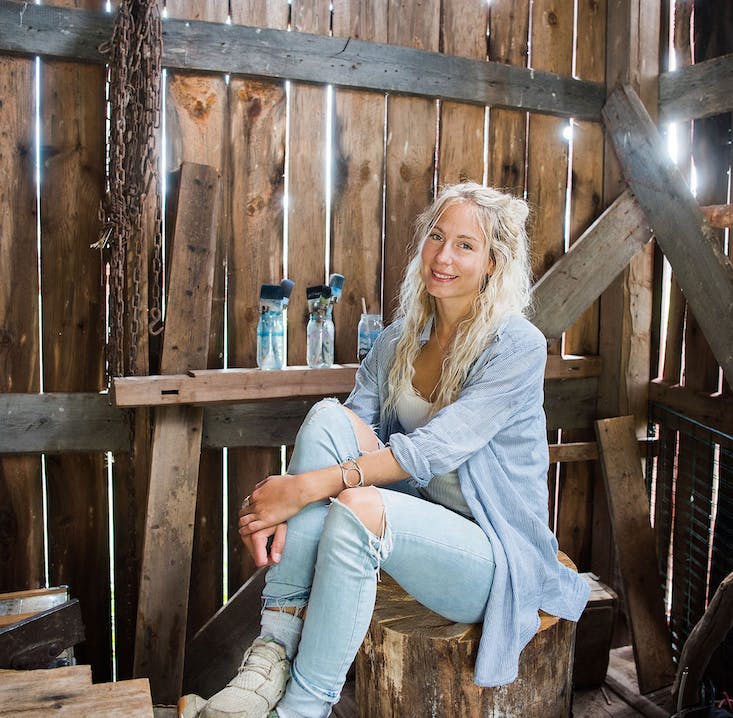 What does a typical day of photography look like, for you?

A typical photo day starts either very early in the morning or late in the evening, depending on what season it is. When it's early summer, I'm out all night taking photographs because that's when the light is the best. I almost never shoot in the daylight; instead, I wait for the soft light when the sun is rising or setting, or in between, at night or in the light of midnight.

When the light is right, I pack up my camera bag and tripod. Sometimes I go out into the woods close to the village and sometimes I take my car and drive on the forest roads and look for some new beautiful places. And sometimes, I'll go north for a whole week, to the mountains. Then I spend all my time finding places to photograph when the light is good. A lot of the pictures in the new collection are taken further north, including places like Abisko, Stora Sjöfallet and Stekenjokk.

Is there any image from this wallpaper collection that you remember especially well?

­­One of the pictures in the collection of which I have an extra strong memory is "Enlightenment of Night". It was taken one night when I had gotten lost on the mountain roads up north. I had no mobile service and my GPS had led me astray. It was pitch black out, a dark autumn night. Suddenly while I was driving, the northern lights appeared, enormous, in the sky, for just a few seconds. I stopped the car, took out my camera, set up my tripod on the gravel road and started to shoot. They were the best photos of the northern lights I've ever taken. I shouted for joy so that it echoed through the woods. Then it felt like it was meant to be: that I got lost and ended up right there, right then, so that I could take that exact photograph. 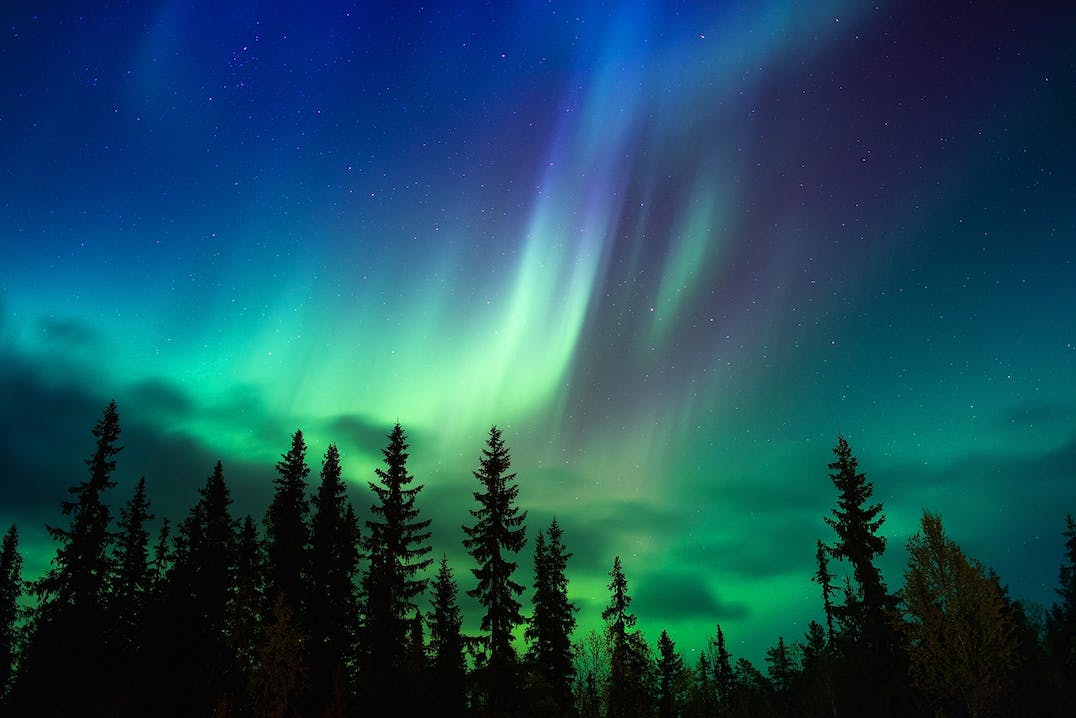 Jonna Jinton explains that her absolutely favourite place is in the vicinity of where she lives. A small forest pond in the heart of the woods, which she calls the "Magical Forest Pond". She always goes there when she needs to find inspiration.

Are there other pictures in the wallpaper collection that are a little extra close to your heart?

There are three pictures in the collection, "Celestial Dream”, ”Stories Of The Ancient Forest” and"A Magical Place", that were all taken by the forest pond on the same occasion. I have spent countless mornings by this lake, but I've never experienced a morning that was as magical as this one. The fog and the light created the most amazing scene and it really felt like I had landed in the middle of a dream. I am incredibly glad that these images in particular became wallpaper in our new collection. I hope that my photos can send inspiration to those who choose to have them as wallpaper. 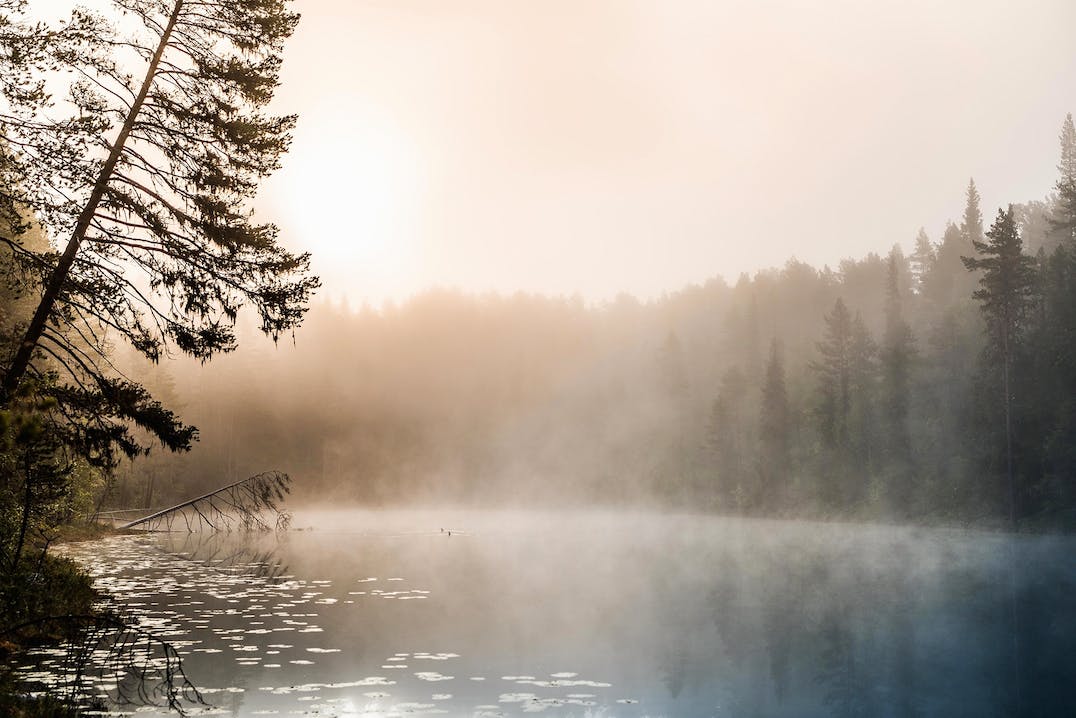 A Magical Place. The picture is taken at Jonna's absolute favorite spot, which she calls the "Magic Forest Star".

Where do you get your inspiration?

My biggest inspiration comes from John Bauer, the illustrator. Ever since I was little, his illustrations got me to see and experience the woods in a different way. He brought out something mysterious and bewitching, which has really influenced me. And that feeling that his images gave me is what I try to pass on and communicate in my photographs.

Have you got a favourite image from the new wallpaper collection?

It is difficult to choose just one motif since all these pictures mean a lot in different ways. If I had to choose, I would say "Celestial dream”. This picture was taken by the "magical forest pond" and I love the tones in this photograph in particular. The blues, grays, pale greens, with a bit of yellow from the sun that shines through the mist. I think these colours bring a certain calm, and that they work really well as a wall mural. The image feels very clean, with just a few details, such as the water lilies and the old tree hanging over the water. I especially like the lower right side of the photo, which looks almost like a small starry sky in the water. 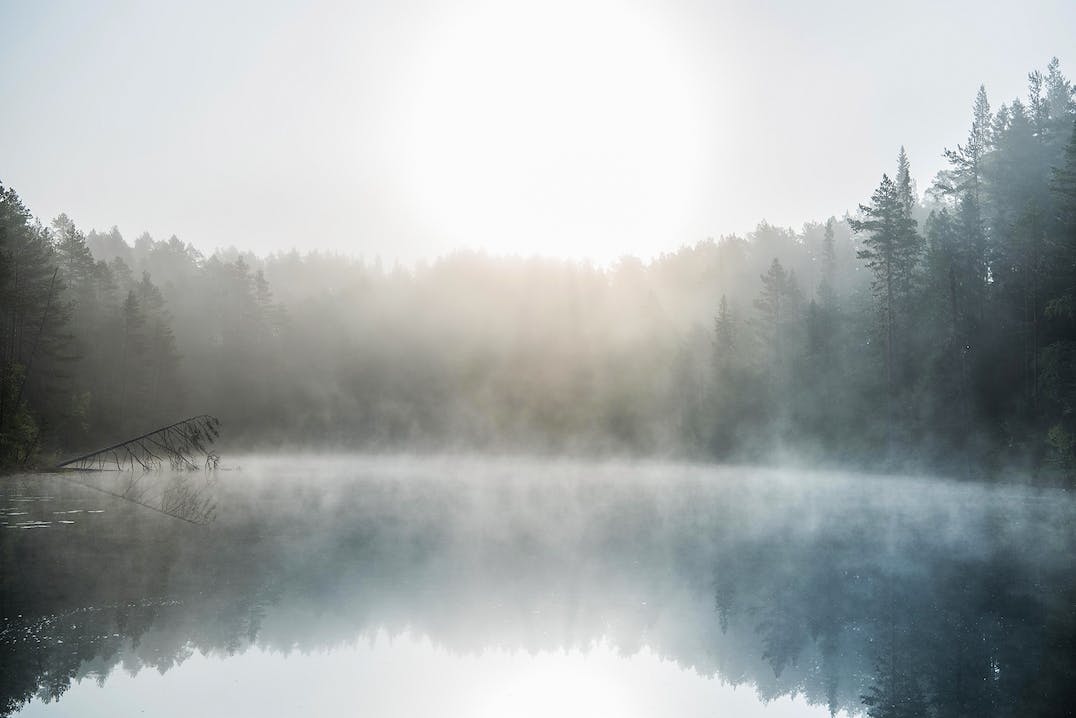 If you could choose your dream place to put up one of your wallpapers, which place would it be?

I would be extremely happy if one of my wallpapers was used in a children's hospital. I remember one time when a little boy (my friends' child) looked at one of my wall murals, which they had in their home, and told me that he used to see moose in the forest behind the trees.  So he used to sit for long periods of time and look until he saw a moose. That really warmed my heart. Children have so much imagination and I think they can create their own stories just by looking at something like a photograph.  It would be really great to know that one of my photos could brighten some children's day every day. Then, it would be pretty cool if one of my wallpapers ended up at the Google head office :)

Do you have any exciting collaborations going forward that you can say something about?

This year I am spending a lot of time with my music, among other things, so that's where a lot of my focus is right now. In 2019, I'm coming out with a wallpaper with IKEA, and soon I'm also going to be out with a film that I worked on this past spring as a collaboration with Google and YouTube. Then we'll have to see what happens. That's probably the most fun thing about my job, that I never really know what's going to happen next; it's more exciting that way. 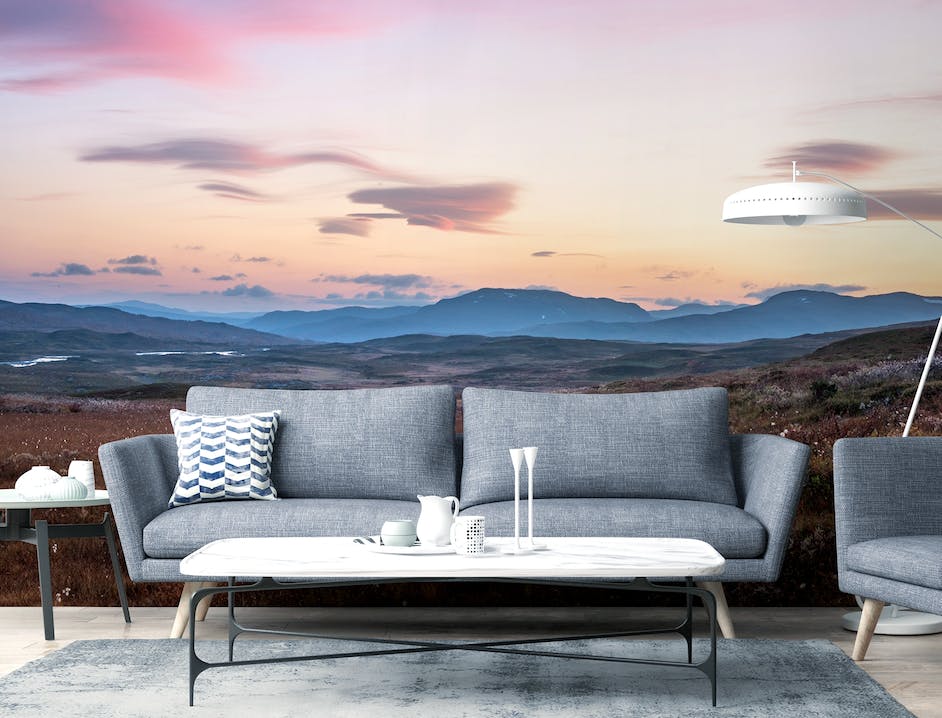 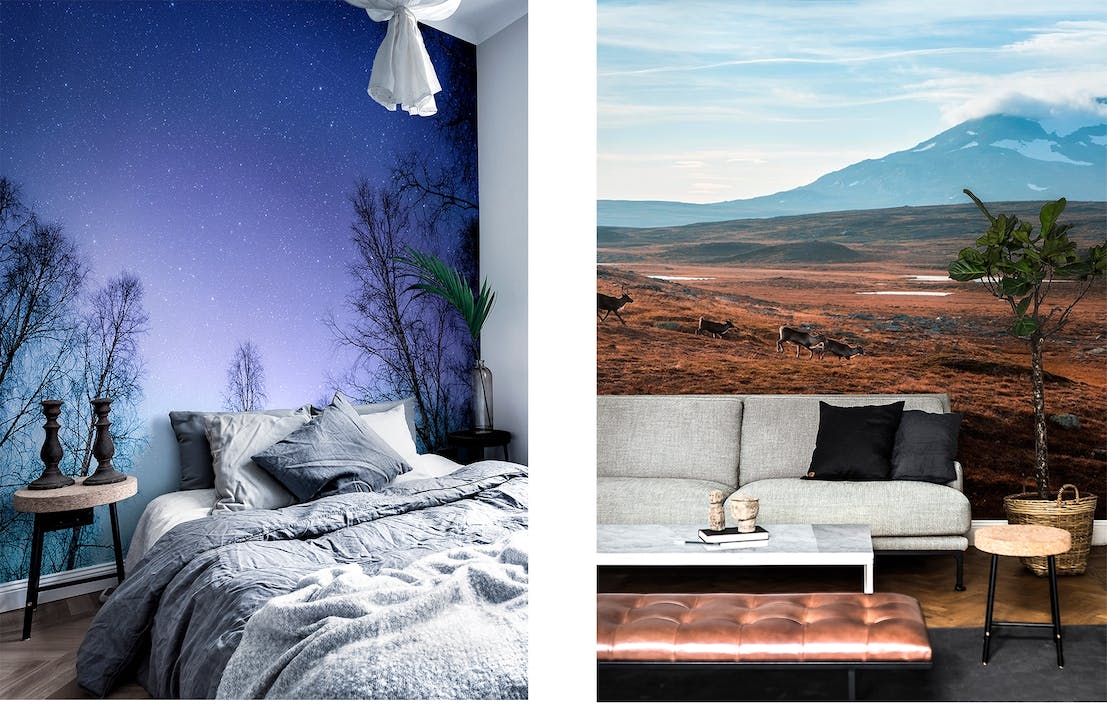