The protagonists of what is considered the world's greatest sport are the main subject of this particular category by Photowall. Footballers posters provide you with character, style Read moreand visual weight. We all know that football is not just called "the beautiful game" for nothing, because there is no other ball game that inspires and captivates more. Its sheer unpredictability, power to bring people together and the diversity of the teams and players are what make this football so universal. This is also reflected in this lineup of wonderful footballers posters. No matter which team or country you support, these motifs can really transform your space into something special with these images of your heroes. Whether it is residential such as the living room or even corporate like the break room at the office, footballers posters are a definitive upgrade on your wall decor. As per usual, you can also make alterations to match, or contrast, with your existing set-up, colour schemes and so on.

Footballers posters and their benefits

Another factor that makes football so universally beloved is that everybody can play, and it can be played pretty much anywhere. This is why all kinds of people and culture adore football, especially since it does not cost much to play. All you need is a ball and a goal, as well as people to play with, logically. Footballers posters transmit this universal love as well as traits that are beneficial to a community, and in a wider sense, a society. These child-friendly and affable images can also be of massive benefit to the children because it will motivate and entertain them. There are so many different benefits of playing football that they will want to play it all day long! Not only is it a fun sport to play that helps you socialize with others, but it is also fantastic for muscular health, cardiac health, bone strength, mental state, and so much more. As you can see, footballers posters are not just for the eyes, but the overall well-being of an individual!

There are professional players who have stated that nothing beats the feeling of scoring a winning goal. Even though nothing is ever guaranteed in football, the way footballers manage to unite international fans from all walks of life across the world is what makes this theme truly stand out. You will see situations in footballers posters that will definitely bring back those memories from an outstanding goal you have witnessed, or even scored. These images can also be reminiscent of a very memorable game or tournament you have participated in. This is another vital element when it comes to choosing your footballers posters. The passion from supporters is what makes football so great and the ways in which supporters react to their team, whether it is the jubilation and ecstasy of a win or the devastation that comes with a loss. You can select from real life photographs such as "Playing Soccer" or works of art like "Soccer Heat", these footballers posters will improve and beautify your interiors to the next level.

While most of us know the essential rules of this game, let us go examine the structure that supports this sport which the whole world loves. A football match is played by two teams, with each allowed no more than 11 players on the field at any one time, one of whom is a goalkeeper. A match is usually played in two 45 minute halves, wherein all players must use their feet head or chest to play the ball. Only the goalkeeper is allowed to use their hands, and only within their designated goal area and the aim of the game is to score a goal, which is achieved by kicking or heading the ball into the opposition team's goal. You can see these actions when perusing our wide range of footballers posters. If the ball touches or crosses the side line, it is thrown back in by the team that was not the last to touch the ball. The game is controlled by a central referee, and two linesmen who award free kicks and penalties when rules are broken. For continual breaking of rules or for a bad foul, the player may be sent off. Now that you have the fundamentals of the game, you can make your footballers posters selection and incorporate them into your interior design.
Show less
Product information
13 motifs
Show:
Sort:
Filter
Done
Show
Done
Sort
Done 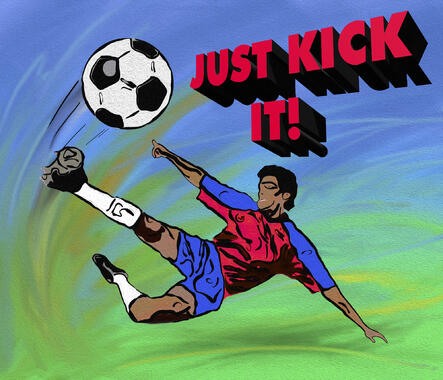 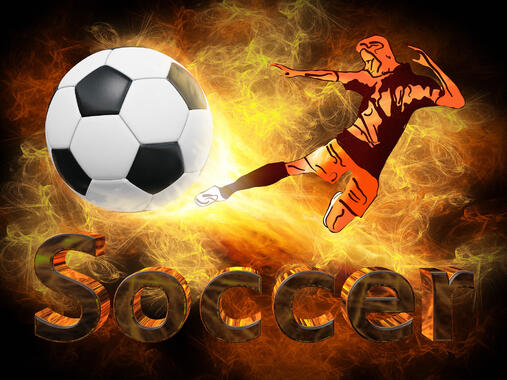 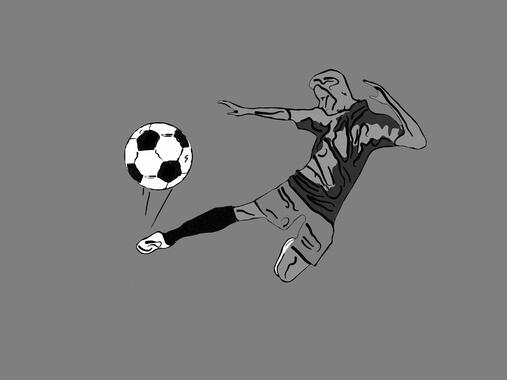 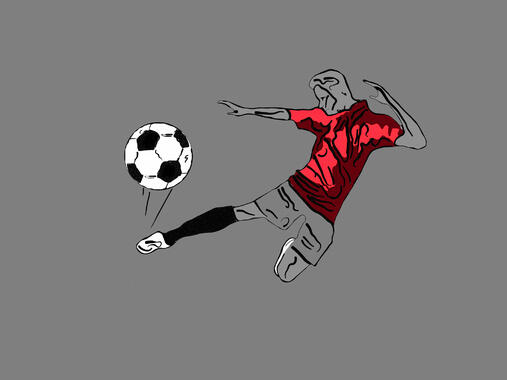 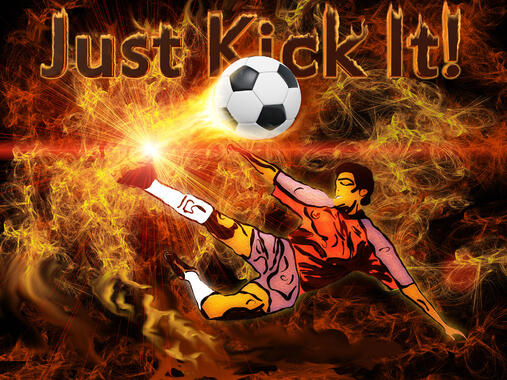 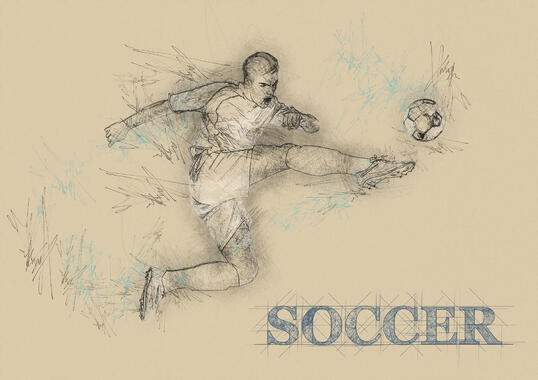 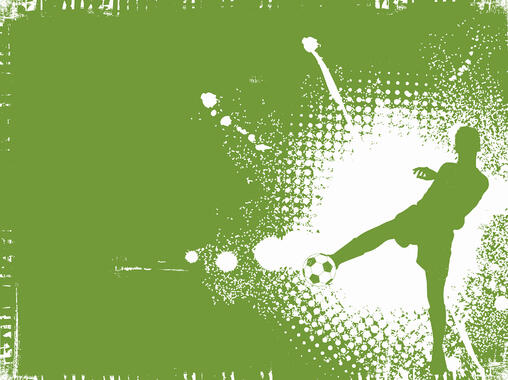 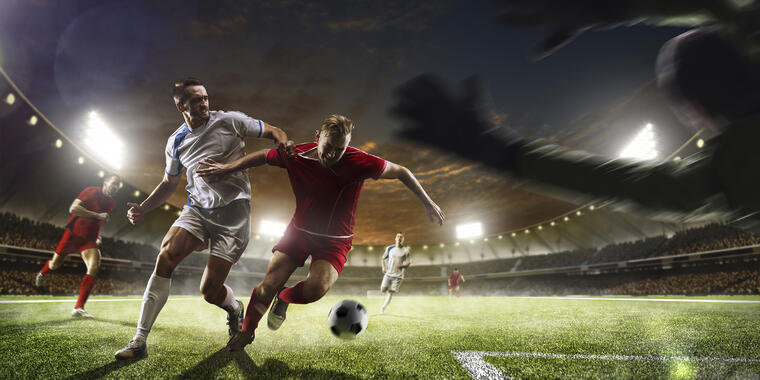 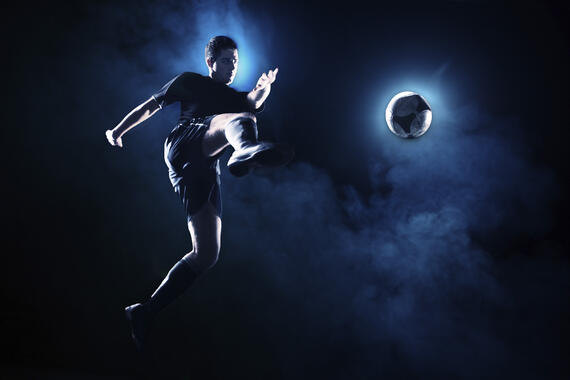 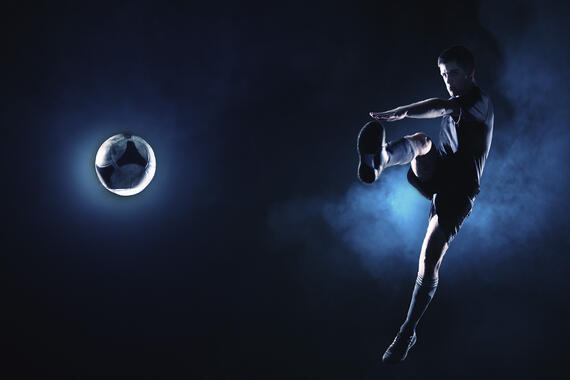 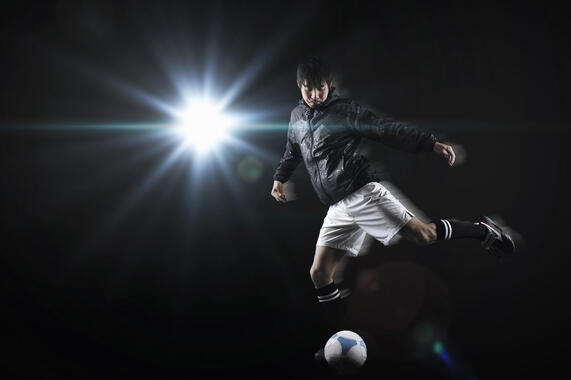 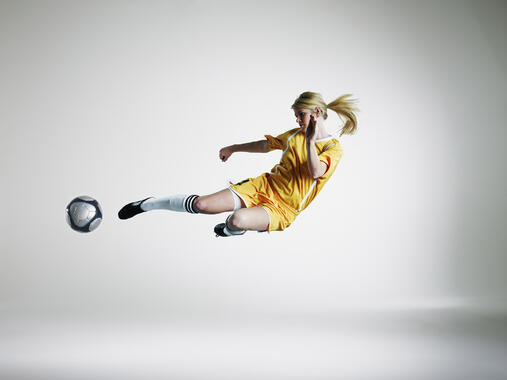 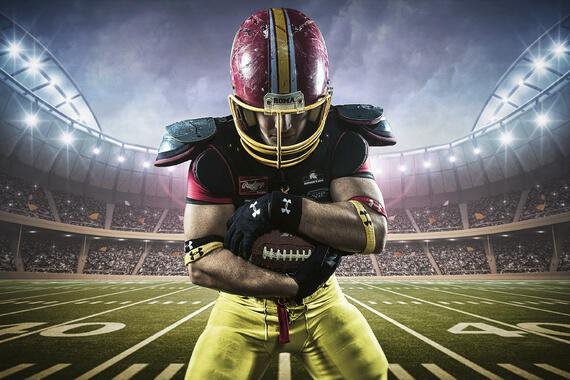