You can now bring the home of many famous people into your four walls with Photowall's Mississippi posters lineup. This state has produced legends like Jim Henson, Elvis Presley, OpraRead moreh Winfrey, William Faulkner, Tennessee Williams, B.B. King, and Jimmy Buffett. It is also home to the Mississippi River, which defines the state's western boundary, and is one of the longest rivers in the world, spanning from Minnesota to the Gulf of Mexico! There is also a rich history in Mississippi posters, since the state was only the second to secede from the Union in 1861 while also being the site of several major battles during the Civil War. Turn the Magnolia State into the focal point of your interior design with Mississippi posters.

The main act in Mississippi posters

There are not many cities in which you can attend a rock concert on top of a prehistoric volcano. Seventy-five million years ago, present-day Jackson sat on a volcanic island. Roughly 2900 feet below the city, a long-extinct volcano has its origins. Today the Mississippi Coliseum, a 6500-seat multipurpose arena, sits on top of its caldera. Mississippi posters featuring the metropolis of Jackson can bring that vibe and sense of adventure into your space with a variety of motifs. The capital city of this state is also known for its deep ties to the blues and international ballet. There are the only four cities that get to host the two-week International Ballet Competition, where the world's best dancers compete for medals, scholarships and fame. Besides Jackson, only Moscow, Helsinki and Varna have that honor. If you are a fan of music or ballet, be sure to get yourself a beautiful Mississippi poster to display in your home, office or recreational space.

A brief history of the Magnolia State

When the Europeans arrived in Mississippi they found several Native American tribes in the land, with the three most dominant being the Chickasaw, Choctaw and the Natchez. The first European to visit Mississippi was Spanish explorer Hernando de Soto in 1540. He claimed the land for Spain, but it was over 100 years later that French explorer La Salle again explored the area and claimed the land for France. The French continued to build trading posts and forts in the region throughout the early 1700s, which also included LeFleur's Bluff which would eventually become the city of Jackson. Mississippi posters like Jackson Mississippi Skyline can pay tribute to its roots and also act as the central theme in your interior design. This particular set of Mississippi posters comes in a variety of hues and shades, to give your more to work with when it comes to embellishing your space.

The beauty of Mississippi posters

When it comes to buildings, there are basically two types. There are those constructed to simply fulfill a purpose, and then there are those that are comparable to fine art. In Mississippi posters, you will find some of the former, some of the latter, and some that combines both functions. A concrete example is the Mississippi State Capitol Building in Jackson. This Beaux Arts-style building was constructed from March 1901 to July 1903. A couple of years ago, several senators and state representatives moved to have the impressive Mississippi State Capitol Building named a national historic landmark, even referring to it as an “architectural masterpiece." See for yourself in Mississippi posters like Jackson Mississippi Skyline Black, which gives it a more dramatic and edgy vibe. This motif can perfect for your living room or even the meeting room in your place of work. St. Andrew’s Cathedral in Jackson is another perfect example of Gothic-style architecture, easily one of the most beautiful in the state, and now available in Mississippi posters by Photowall.
Show less
Product information
5 motifs
Show:
Sort:
Filter
Done
Show
Done
Sort
Done 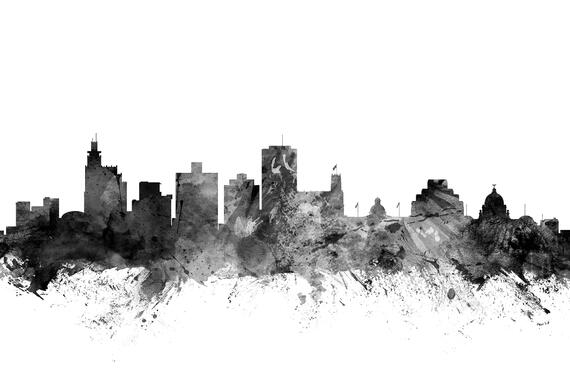 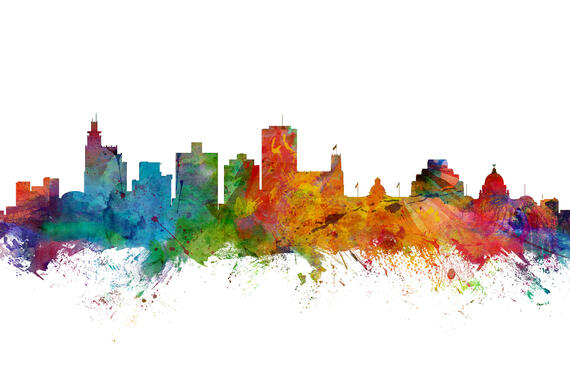 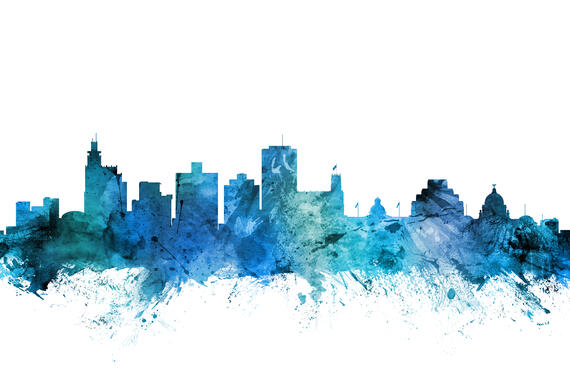 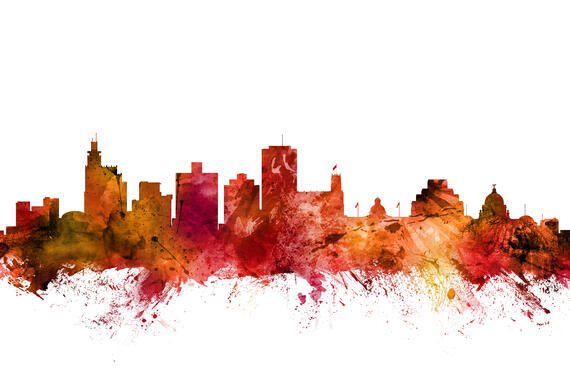 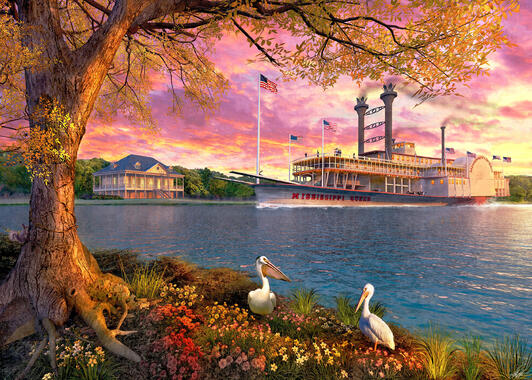