Some of the most fascinating natural wonders in the United kingdom are located in its smallest country, Northern Ireland. Photowall's excellent selection of high quality Northern IrRead moreeland posters can transport these amazing views into your home, office or any other space to have chosen to decorate. Despite its small geographical size, it is a country of culture, producing famous writers like Seamus Heaney and C.S. Lewis as well as noted actors like Liam Neeson and Kenneth Branagh. Northern Ireland posters cater to various themes and tastes, from real lifelike photographs to works of art that can make any room pop. As per usual, you are free to request modifications to match or contrast your existing interior design and colour schemes.

Photowall places high value on making your selection process easier and more focused, which is why Northern Ireland posters possesses a smaller subcategory in the form of Belfast. The capital city, whose name means river mouth of the sandbanks in old Irish, remains a centre for industry, as well as the arts, higher education, business, and law, and is the economic engine of Northern Ireland. Northern Ireland posters featuring this metropolis are dominated by colourful renditions of maps and horizons which show off the tremendous architecture present in Belfast. The architectural style of its buildings ranges from Edwardian, like the City Hall, to modern, like Waterfront Hall. Many of the city's Victorian landmarks, including the main Lanyon Building at Queen's University Belfast and the Linenhall Library, were designed by Sir Charles Lanyon. You can see some remnants of these in the set of Northern Ireland posters named Belfast Northern Ireland Skyline, which comes in a variety of hues and tones, each eye-catching and fabulous.

In 1921 the island of Ireland was divided into two parts. Northern Ireland remained part of the United Kingdom and the rest became known as the Republic of Ireland. Some say it is a very strange place, and not that easy to get to know since it politically is part of the United Kingdom, but geographically, and some argue, culturally, part of Ireland. Nonetheless, this part of the United Kingdom has a huge variety of attractions for tourists, both natural and artificial. Northern Ireland is crammed with natural wonders that can make you gasp in sheer appreciation of their inherent beauty, one of which is prominent in Northern Ireland posters. A true national icon, natural wonders do not get more wonderful than the symmetrical stones of the Giant’s Causeway. As presented in the motif entitled Giants Causeway in Antrim, this specific motif highlights the astounding wild allure of this marvel created by Mother Earth. The columns of rock reaching out into the wild Atlantic Ocean are so truly one-of-a-kind, it is hard to believe they are natural formations. Millions flock every year to gaze on the beauty of this UNESCO World Heritage Site.

A fun fact to know is that Northern Ireland enjoys its sport! The most popular are football, Gaelic football and rugby union, although athletics, boxing, cricket, golf and snooker are also quite popular. In fact, one of the capital's two airports is named after their greatest footballer ever, George Best. If you look closely, you can see this in the Northern Ireland poster named Belfast Northern Ireland City Map. This item can make for the perfect focal point in your study room at home or the board room in the office. With its unique design and affable colours, Northern Ireland posters of this variety can have maximum visual impact and generate optic dynamism in any space.
Show less
Product information
13 motifs
Show:
Sort:
Filter
Done
Show
Done
Sort
Done 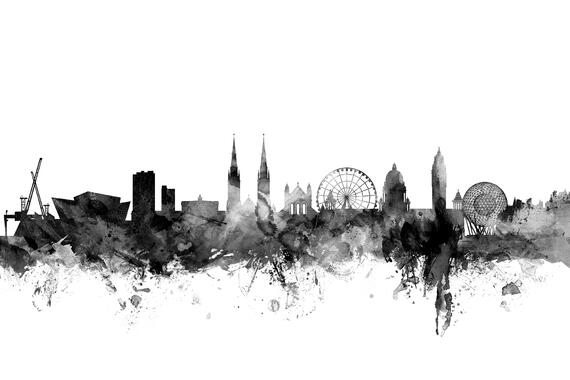 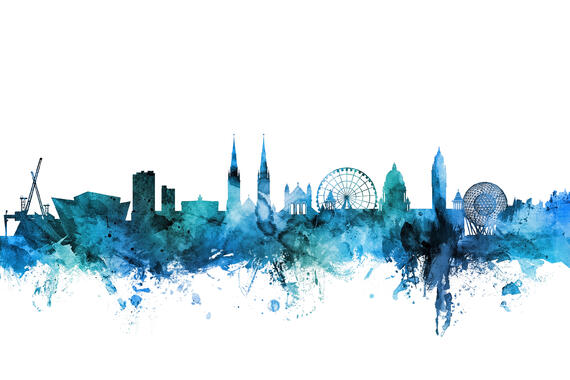 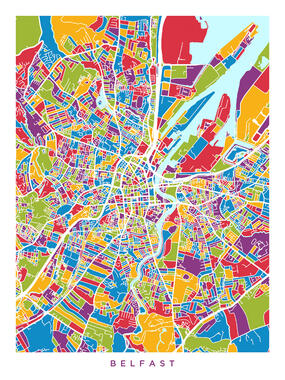 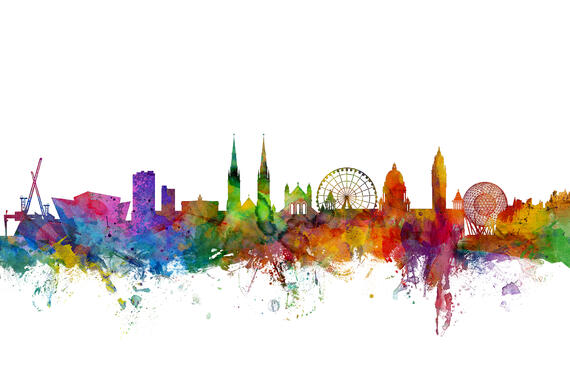 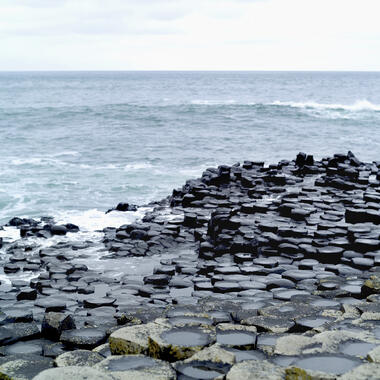 Giants Causeway in Antrim
- From £31 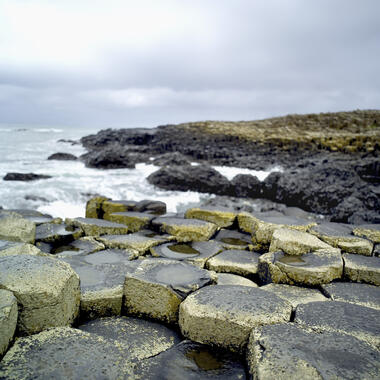 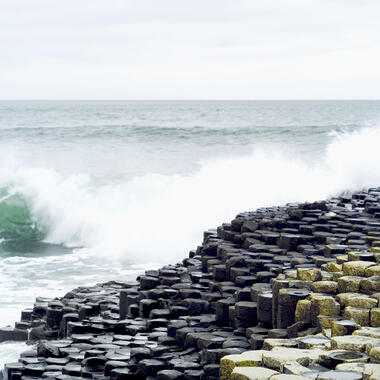 Waves Crashing in Giants Causeway
- From £31 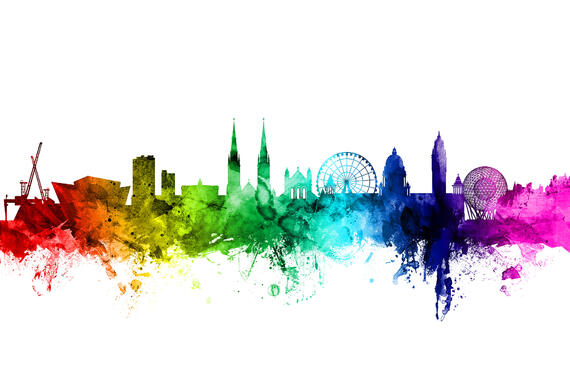 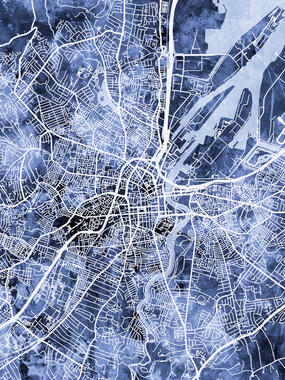 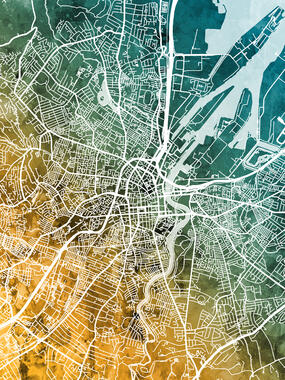 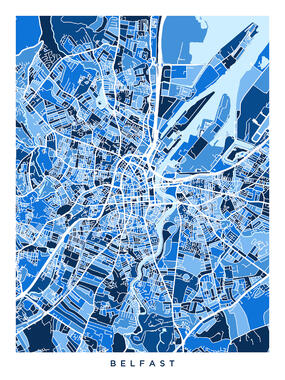 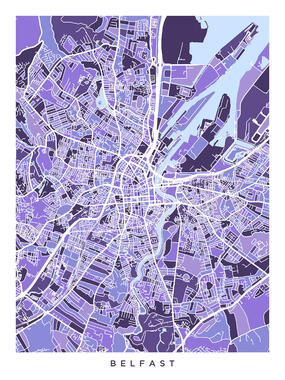 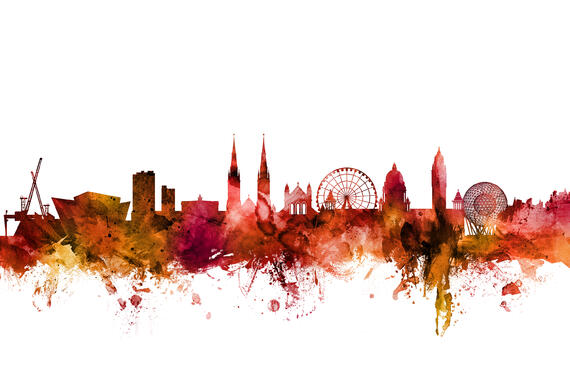