If you have not been on the moon for the past 20 years, you will probably recognize the following subject as one of the most famous fish in the world. Our selection of high quality clRead moreownfish posters displays a popular figure especially among children. Most kids know and adore these fish because of their distinct characteristics, such as their bright orange bodies with three distinctive white bars. Clownfish posters can be the perfect adornment for a child's bedroom, study area or play space. Something worthwhile to know is that the clownfish is also called the clown anemonefish. As you will see in clownfish posters, these animals are among the most recognizable of all reef-dwellers. Another consistent sight in this category by Photowall is the multicoloured sea anemone in which these fish make their homes. Despite the child-friendly tone and images, clownfish posters can also be used in other space such as the workplace or a recreational area.

As already indicated, the clownfish's relationship with anemones is something quite unique and interesting. Clownfish posters can shine a light on this almost cultural accord, like the fish performing an elaborate dance with the anemone before taking up residence. This involves gently touching its tentacles with different parts of their bodies until they are acclimated to their host. In exchange for safety from predators and food scraps, the clownfish drives off intruders and preens its host, removing parasites. Clownfish posters can be the perfect example of a natural liaison that is referred to as a symbiotic relationship. The classic example of two organisms benefiting the other can be seen in clownfish posters such as "Clownfish". This particular item is also a case of the aforementioned pieces that can be used in other space than children's. A clownfish poster such as this is derived from real life photography that will instantly transport you to another mindset and mood.

Speaking of different types of images, clownfish posters also have works of art that give this creature a deeper and more meaningful vibe. Another reason why the clownfish resonates so much with children is the relationship between father and son as seen in "Finding Nemo". Just like in the film, male clownfish really are dedicated fathers as they will prepare the nest for the female, guard the eggs, and clean the nest. This beautiful notion can be the winning factor in clownfish posters. Any father who knows these facts can appreciate the beauty of these motifs and the subject in them as well. Clownfish posters like "Here Come the Clowns" can be the perfect gift from father to child, or even vice-versa. The child-friendly and affable images in clownfish posters will certainly be a welcome and endearing sight for everyone who views them.

Fishes have been present on Earth for more than 400 million years, they were even there long before the Dinosaurs roamed the earth. Bring that everlasting feel into your residential, commercial or recreational space by getting a clownfish poster, for example. Furthermore, there are over 25,000 known species of fish and probably many more that we have not even discovered yet, as they are so abundant in the world’s oceans, lakes and rivers that new species are constantly being found. This is why fish always stir curiousness in humans, because they live in worlds alien to us. Their diversity in everything ranging from colour to habitat makes them an ideal accessory as things like clownfish posters. "Around the World 1", for example, is a very interesting piece, a clownfish poster that illustrates how these creatures coexist and thrive.
Show less
Product information
7 motifs
Show:
Sort:
Filter
Done
Show
Done
Sort
Done 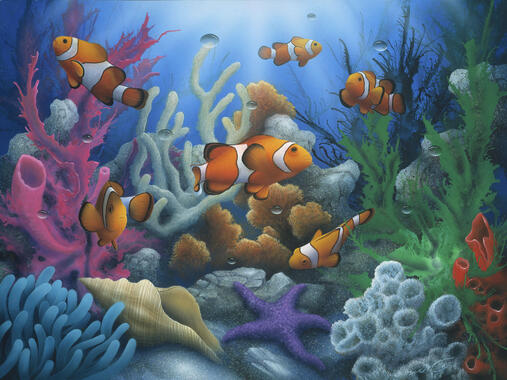 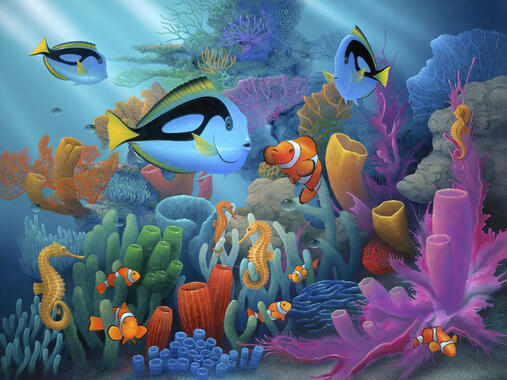 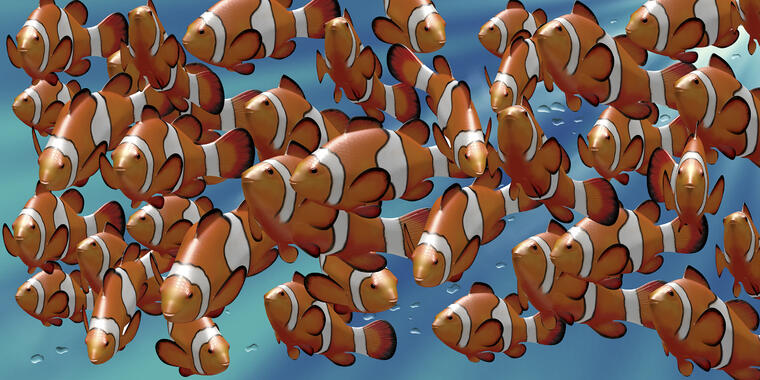 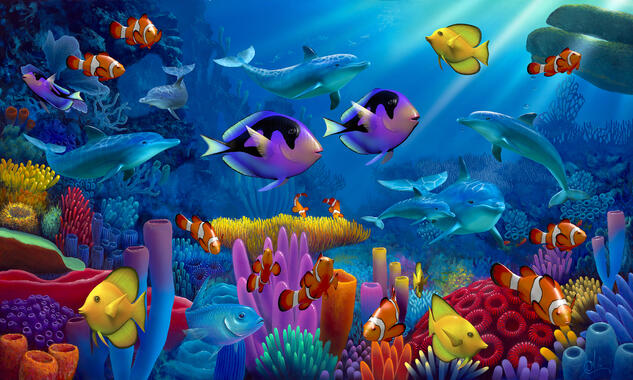 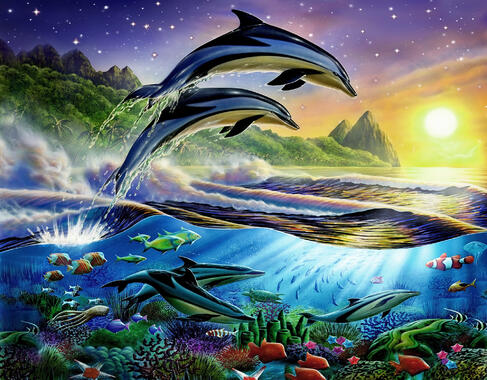 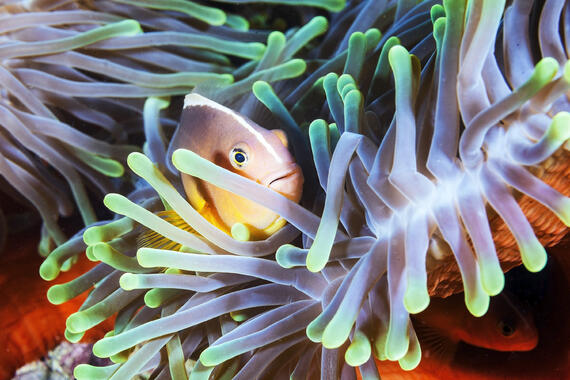