Interior decoration has to be something visually captivating and stemming from your personality and individual taste. Photowall has an excellent category that pertains to this, a liRead moreneup of pop art framed prints of the highest quality, the most unique designs, incredibly rich detail and stunning colour combinations. Take a look at our selection of excellent pop art framed prints and pick your favorites to decorate your home, office or any other space you might be looking to spruce up. As per usual, you can alter these motifs to match or contrast with your existing interior design, overall aesthetic, colour schemes and any other decorative elements.

Pop art is an art form that dates back all the way to the '50s. The word pop itself is obviously short for popular, which literally translated means the technical term for the people, and as such, it is the art for the masses. This form of modern art originated and has evolved particularly in the United States and the United Kingdom, which you will see later on in Photowall's assortment of pop art framed prints. Inspired by the perceived visual mediocrity of advertising campaigns, billboards and television, artists such as Andy Warhol, Roy Lichtenstein and Richard Hamilton turned to the so-called anti-art campaign wherein they released the banal or dull images of famous actors and transformed them into an exciting new art form. This reinvention and excitement is carried over to our array of pop art framed prints, which can transform your ordinary interiors into something new and refreshing in an instant. Take for instance the motif called Marilyn Multicolor. This pop art framed print immediately draws the eye, generates optic dynamism and is guaranteed to stir up conversation and debate. Not to mention, it features one of the most iconic figures in show business, the legendary Marilyn Monroe.

Since pop art is a form of painting and drawing that allows a great amount of natural expression, many samples in this category highlight both ordinary objects or people, but also figures or structures that are known and famous. A lot of pop artists were also illustrators, graphic designers and even billboard painters. Their work would contain objects inside the paintings, such as soup cans, work tools or natural objects like seashells. As such pop art framed prints features a range of ideas and characters. The piece entitled Suprematist Portrait of Lena Naymkina is a concrete example of a pop art framed print that gets better with every viewing. No matter if the space you are revamping is residential, corporate or recreational, this will captivate anyone who sets eyes upon it.

The freedom of expression is a staple of pop art framed prints. A superb example of this is Pop Liberty, which showcases several squares containing the arm and head of New York's most famous landmark, the Statue of Liberty. Each square is a different colour or colour blend intended to catch the eye at first glance. As a piece of contemporary art, pop art framed prints fit in well with a number of decoration schemes in a home or workplace. To identify an image as real pop art, there are some common characteristics to consider such as consumerism and materialism, for example. The work has to provide a commentary about culture and society through popular logos, images and icons which are then changed into something as though they are a fresh new idea inside the image. 15 Minutes of Fame is a beautiful pop art framed print that meets all this criteria and some more.
Show less
7 motifs
Sort:
Filter
Done
Sort
Done 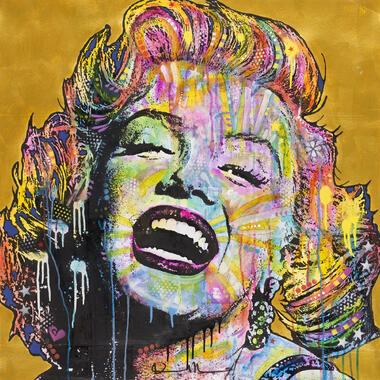 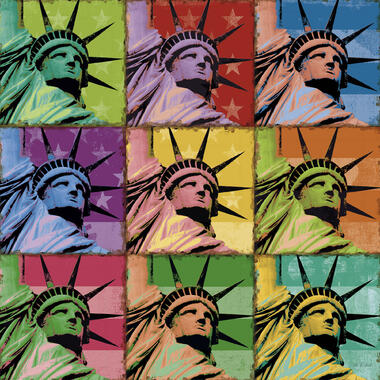 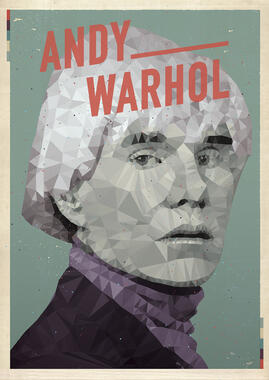 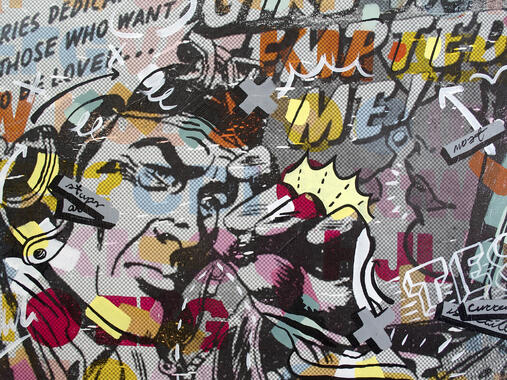 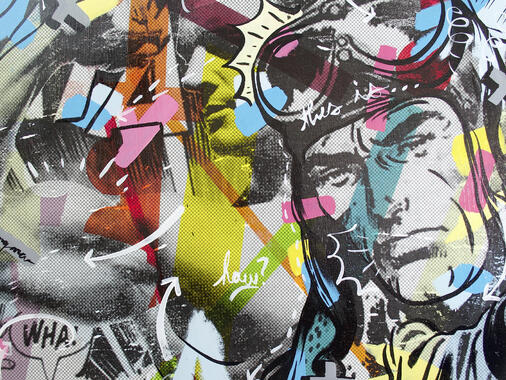 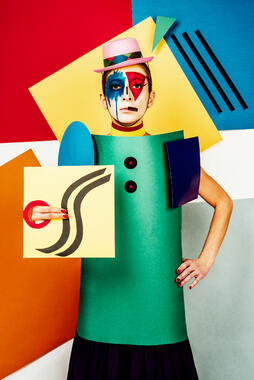 Suprematist Portrait of Lena Naymkina
- From £56