During the First and Second World Wars, the skies above the battlegrounds of Europe and Asia were filled with the sound of buzzing propellers from fighter jets conducting combat maneuvers and doing their best to establish dominion over the skies of their homelands. The great aviation pioneer, Howard Hughes, and his company, Hughes Aircraft was one of the first to dabble and experiment with jet propulsion technology and combat radar. With the advent of these technological advances, the dogfights above the skies have become faster and deadlier than in ages past. Photowall fulfills your need for speed with “Airborne Fighter Jet”, “Airplane Sunset”, and “Jet Fighter Formation” in its unique collection of fighter jets canvas prints. These images showcase some of the more prolific and state-of-the-art combat aircraft that dominate our skies in modern times. Hang a few of these fighter jets canvas prints in your private study or mini-library, and feel as though you are one of the founding fathers of modern combat aviation. You may even wish to showcase a few of these fighter jets canvas prints in your lounging areas to fill the space with a sense of daring and adventure.

During the Vietnam War, the average kill ratio for the American fighter jet against its enemy was 12 to 1 in its favor. That number dwindled to 3 to 1 during the Korean War. This was mainly due to the lack of training and modern technological developments that the United States Navy and Air Force installed into their planes. As a result, the casualty rate of downed American pilots rose to 30% from that of the Vietnam conflict. Photowall salutes all those who fight in the skies with “F16 Fighter Jet”, “Aircraft”, and “Flying into History” in its magnificent collection of fighter jets canvas prints. These images feature some of the more historic aircraft that carried space shuttles and payloads that changed the world. Hang a few of these fighter jets canvas prints in your recreation room, to imbibe the area with a very patriotic and homely air. Your moments of grown-up amusement will never be as engaging as when you have these fighter jets canvas prints on the walls. It might even be a good idea to hang several of these fighter jets canvas prints in the play areas and sleeping nooks of your kids.

After the Vietnam War, the United States Navy decided to remedy the problem concerning lack of training and technological improvements in its aerial wings by teaming up with NASA and JPL Laboratories to amp up the technology that existed in its fighter jets. Along with this improvement, the American Navy also decided to revive the seemingly forgotten art of dogfighting among its pilots. They founded the Fighter Weapons Training School in Miramar, California, that assured admission to only the best combat pilots and their navigators to be harnessed and sharpened even more with the skills of aerial combat maneuvers. The pilots in the program nicknamed this school Top Gun. Photowall gives a crisp salute to all who have no fear of meeting their end in the great blue yonder with “Mig Killer”, “Perfect Show”, and “Vador” in its impressive collection of fighter jets canvas prints. These images show us some of the fighter jets that are the pride of other countries. Hang a few of these fighter jets canvas prints atop your bed in your sleeping quarters, and you can almost hear the Reveille at sunrise and the Taps at sundown. Your moments of slumber will never be more peaceful and rejuvenating than with these fighter jets canvas prints in your bedroom.
Show less
Product information
9 motifs
Show:
Sort:
Filter
Done
Show
Done
Sort
Done 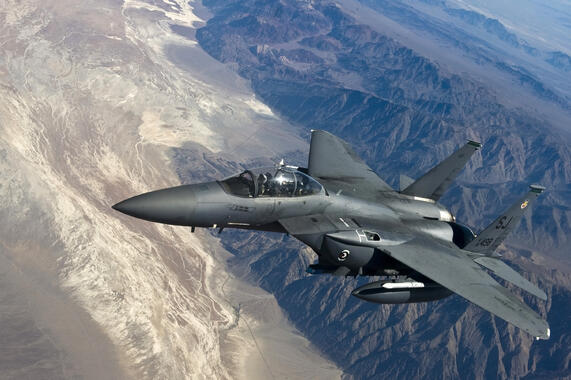 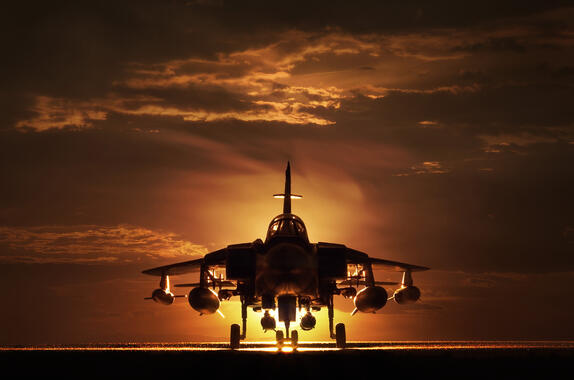 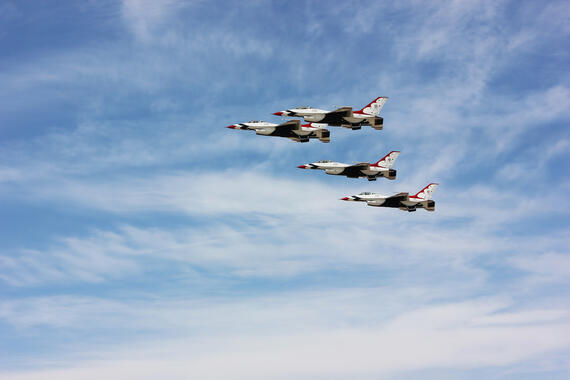 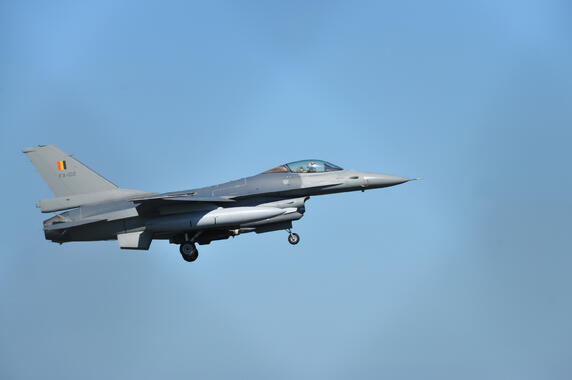 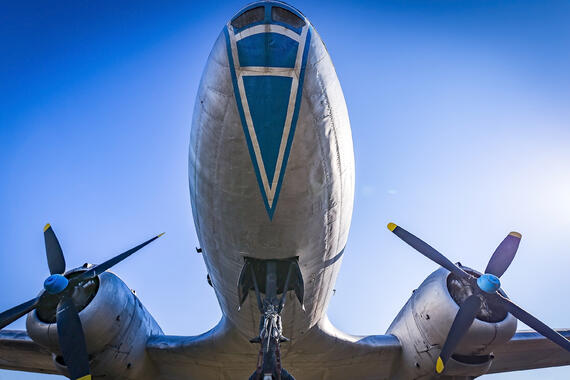 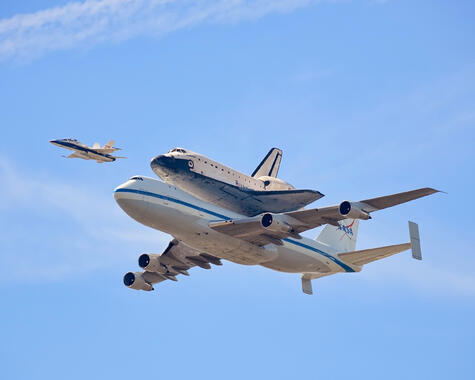 Flying into History
- From £33 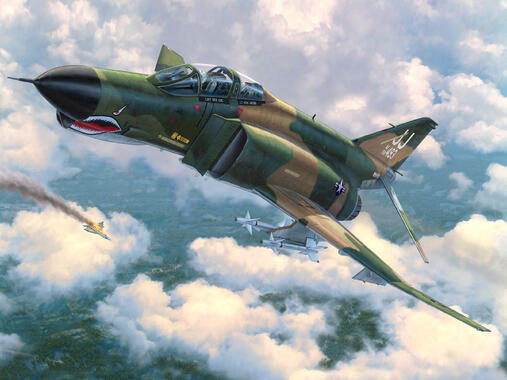 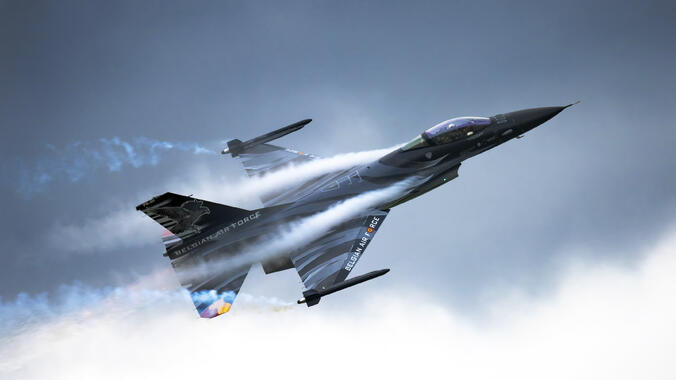 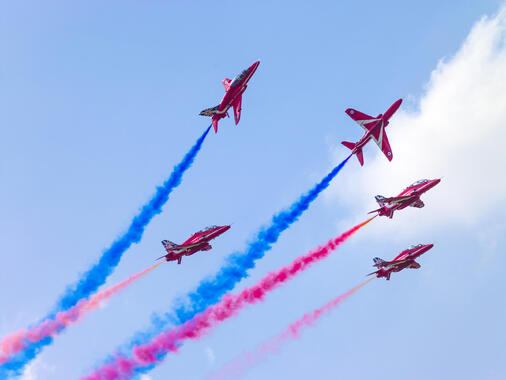