From the oldest Mickey Mouse and Steamboat Willy cartoons to, more recently, Toy Story and Cars, Disney’s particular brand of joie de vivre has spread across the world and nestled intRead moreo the very heart of the collective unconscious. There is an entire generation who know exactly what “to Infinity, and Beyond!” means, and millions of children of all ages across the world have grown up on stories told by Disney’s remarkable storytelling team. The term ‘Disney movie” has come to mean more than just a children’s story. It means family, and togetherness, and loyalty. It means love. Bring these stories into your home with our Disney range of canvas prints.

There probably isn’t a character in the world as universally loved as the Bear Of Very Little Brain. Winnie the Pooh, or Pooh Bear, was the creation of A. A. Milne in 1926, but the picture of him in the mind’s eye is one-hundred-percent Disney. The first Winnie the Pooh movie, Winnie the Pooh and the Honey Tree, was actually made while Walt Disney was still alive, and his remarkable vision and cheer infused the stories. Bring home the Hundred Acre Wood and its charming residents, Kanga, Roo, Eyeore, Piglet and wise old Owl, not to mention Pooh himself and Christopher Robin, with a canvas print from us.

Speed…I am Speed. Who doesn’t remember those words, the first spoken in the film Cars? Who doesn’t remember watching Lightning McQueen learn the values of friendship and loyalty from the adorable Mater? The Cars phenomenon took the world by storm, and this is your opportunity to delight your child by including a painting in their room’s décor.

To Infinity, and Beyond! An entire generation of people, most of whom are now adults, get a lump in their throats at those famous words from Disney’s Toy Story. The story of a boy and his toys was released in 1995, the very first full-length film by now-famous Pixar Studios, and immediately captured hearts. Woody and his friends were so funny, so loyal, the world couldn’t help but love them. The sequels have introduced the film to a whole new generation of audiences who have found themselves just as entranced as the previous ones. Decorate your child’s bedroom with a Toy Story canvas print from our Disney range. While you’re at it, there’s no actual rule saying that parents aren’t allowed Toy Story posters…and besides, the canvas makes it art, surely?

While Peter Pan’s duplicitous friend Tinkerbell may be the most famous fairy in Disney’s pantheon, she is by no means the only one. Chloe, Fern, Glimmer, and Iridessa jumped off the silver screen and straight into audiences’ hearts, and stayed there. Delight your child by decorating their room with canvas prints of these lovely fairies.

In the almost one hundred years of Disney’s existence, they have made a massive number of films and shows, many of them the kind of film that only comes around once a decade, maybe. The Jungle Book, based on the novel of the same name by Rudyard Kipling, had some of the best songs in any animated movie. It also had Baloo, who is probably to blame for many ant-related food misfortunes over the years, but who is beloved nonetheless, and sensible Bagheera, who was always the voice of reason. The One Hundred and One Dalmations, which was based on a novel by Dodie Smith, is a charming tale of derring-do and bravery that has been delighting children and adults for almost sixty years. Pinocchio and Peter Pan are both beloved characters who have endured for many years. As is Dumbo, the circus elephant who can fly, who has been showing generations of children that they, too, are special. Introduce these characters to your child, and then make their decade by decorating their room with canvas prints from our Disney range.

A spirit of adventure

From Alice in Wonderland to the Aristocats, from Lady and the Tramp to the Princess and the Frog, there is a Disney story for every child to treasure, a Disney character for every child to love. Bring that character into your home with a canvas print from Photowall’s Disney-themed collection.
Show less
Product information
4 motifs
Show:
Sort:
Filter
Done
Show
Done
Sort
Done 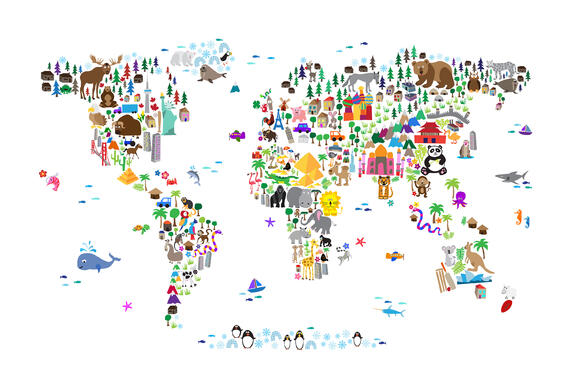 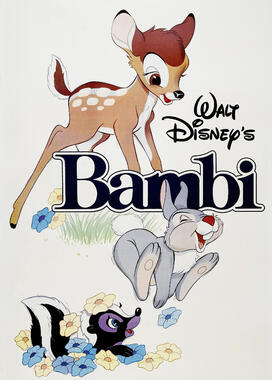 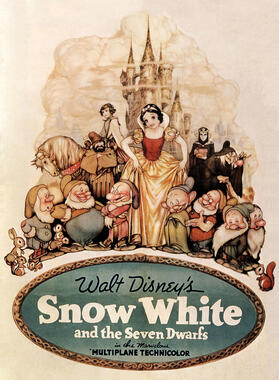 Snow White and the Seven Dwarfs
- From £41 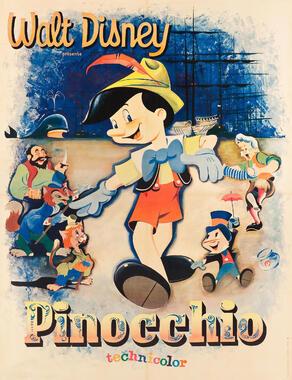